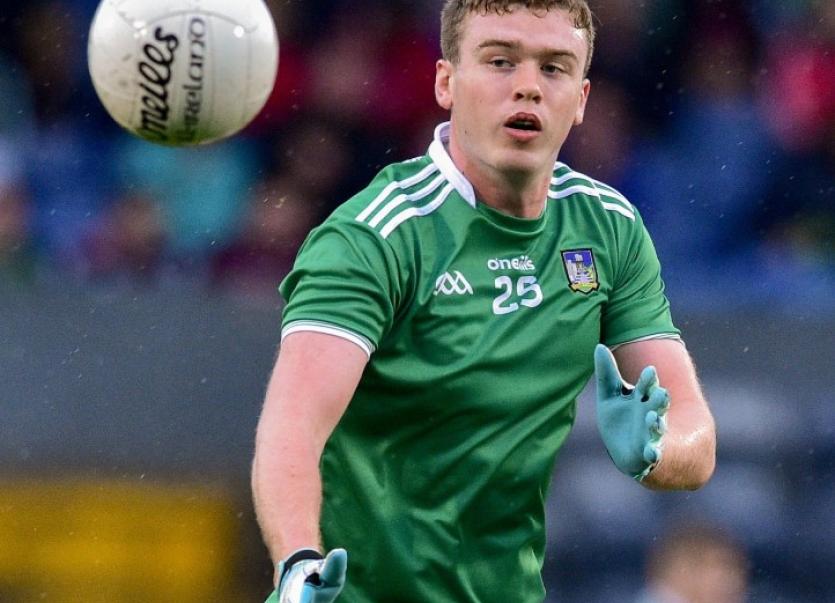 Ronan Lynch made his SFC debut this season for Limerick

LIMERICK will play Westmeath in the All-Ireland SFC Qualifiers.

The draw for round two of the backdoor series took place this Monday morning live on RTE radio's Morning Ireland.

The Limerick v Westmeath game will take place in Mullingar on the weekend of June 22/23.

The sides previously met in the 2006 All-Ireland SFC Qualifier in Mullingar with the Leinster side winning 0-13 to 1-9.

Current coach-selector Sean Kiely was Limerick goalkeeper in that tie where 20th-minute goal from Micheal Reidy helped the Shannonsiders race into a 1-5 to 0-1 lead best the men in maroon battled back to defeat Limerick.

Billy Lee's Limerick are looking to bounce back from their heaviest Munster SFC defeat since 1990. Two weeks ago Limerick suffered a 21-point defeat to Cork in the Munster SFC - equally the margin of the 4-15 to 1-3 loss in Pairc Ui Chaoimh to Cork in 1990.

But Limerick did taste victory in the championship - shocking Tipperary for a first Munster SFC victory in seven years.