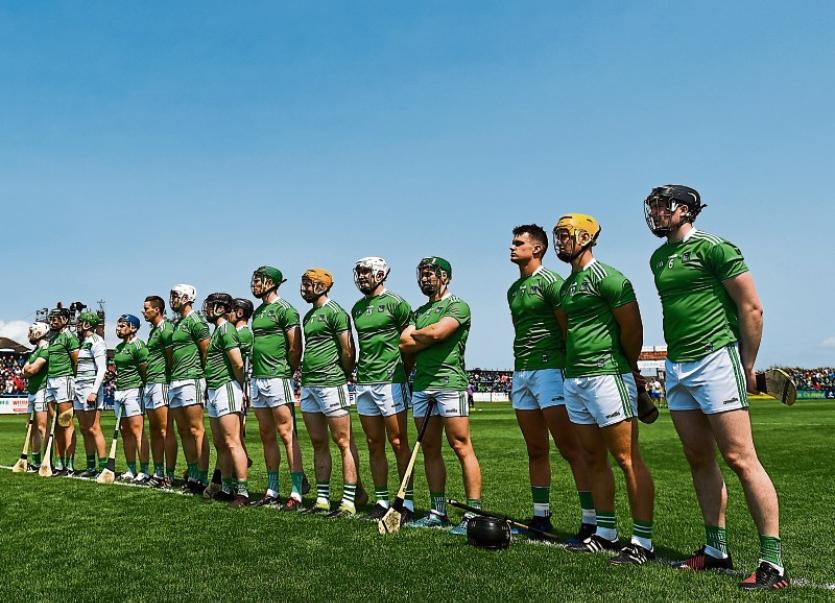 Limerick hurlers are preparing to meet Clare on Sunday

SHANNONSIDE rivals Limerick and Clare meet in the Munster SHC in the LIT Gaelic Grounds for the first time in 23 years this Sunday. That 1996 encounter is remembered for one of Limerick’s most iconic sporting moments – the last gasp winning point from Ciaran Carey to dethrone All-Ireland champions Clare.

This time round, Limerick and Clare are both looking for wins to keep their 2019 Munster SHC ambitions alive – albeit John Kiely’s men arrive full of confidence after a 20-point win over Waterford, while Clare are bidding to bounce back from a 13-point defeat to Tipperary.

Limerick are the 2/5 favourites to win on Sunday but Clare have beaten the men in green in the last three championship encounters across the last three years.

Sunday’s game has a 4pm start and will be live on RTE television’s The Sunday Game.

Tickets for the derby tie are on sale in Centra and SuperValu stores and online at www.tickets.ie

Limerick will be able to call upon Seamus Flanagan after his injury lay-off but David Dempsey will again miss out and there is a doubt surrounding Barry Murphy.

“Clare have beaten us three out of three in the last three occasions that they met us in championship. They gave us a trimming down in Ennis last year so that’s going to need another big response from us and that’s the bottom line,” stressed Limerick manager John Kiely.

The manager stressed that after a below par display last time in the LIT Gaelic Grounds against Cork, his side will keen to repay the faith of their supporters.

“We lost our first home game at home and we are going back home to own support and we need to rock up with a decent performance - the best performance we can put together in the next seven days. They deserve that - our performance the last day wasn’t good enough,” emphasised Kiely.

While Limerick returned to winning ways against Waterford the manager was quick to point out that more win are needed to get points on the Munster SHC league table.

“That’s just two points on the board for us and that’s all that matters. There were two points going for us today and there is another two points next week and we have to regroup really quick and get our recovery in and make sure we are in the best shape we can for next week.”

Kiely continued  “We need four minimum and ideally six and anywhere in between - maybe we scrap through with five. We will take it one game at a time and we have Clare next week and we only have to look at our record over the last three years to know that this is going to be an almighty task”.

“There is a huge prize and we have to rock on with a big performance”.

The curtain-raiser on Sunday is the 2pm meeting of Limerick and Clare in the Munster minor hurling championship. Limerick have two draws from two outings, while Clare have two wins from two.

Saturday’s 21-point loss to Cork was the biggest since the 1990 when The ‘Rebels’ were 4-15 to 1-3 winners in Pairc Ui Chaoimh enroute to Sam Maguire glory that September.

Limerick will be back in action on the weekend of June 22/23 with a tie against one of the round one winners; Louth v Antrim, Down v Tipperary, Leitrim v Wicklow, Wexford v Derry, Offaly v London, Monaghan v Fermanagh, Carlow v Longford or Westmeath v Waterford.