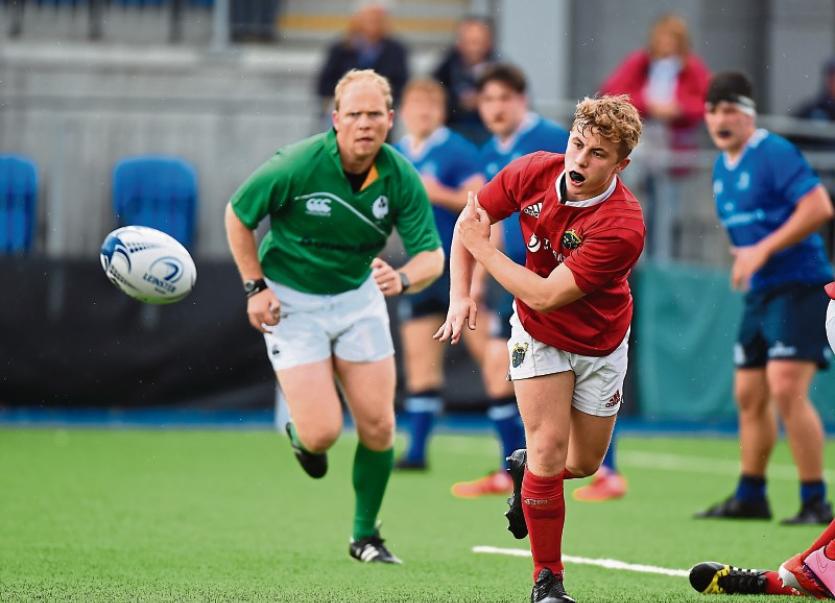 Craig Casey, who made his debut for Munster this season

THE curtain has come down on the club rugby season in recent weeks – with Saracens’ thrilling Premiership final win over Exeter on Saturday – cementing their place as top dogs in Europe. Munster have been left with plenty to mull over during the closed season as the province is left to contemplate two bitterly disappointing semi-final defeats in the Heineken Champions Cup and the Guinness PRO14 as well as the need to find two new assistant coaches.

Munster head coach Johann van Graan raised a few eyebrows among supporters in the wake of the Pro14 semi-final defeat at the RDS when indicating that scrum-half Nick McCarthy, from Leinster, would be their only new signing during the closed season.

Supporters believe that Munster need to strengthen their squad. Munster seem to be of the view that improving the players they have is the way the province hopes to go. It is possible that Munster may make a short-term signing or two as cover during the upcoming World Cup period?

It is interesting to note that Munster used 55 players during the course of the season. Eight current Greencore Munster Rugby Academy members were named in matchday squads.

Putting faith in youth will be key for Munster into the future. Eight Munster players were named in the Ireland U20 squad for the on-going Junior World Championship. That’s encouraging at least.