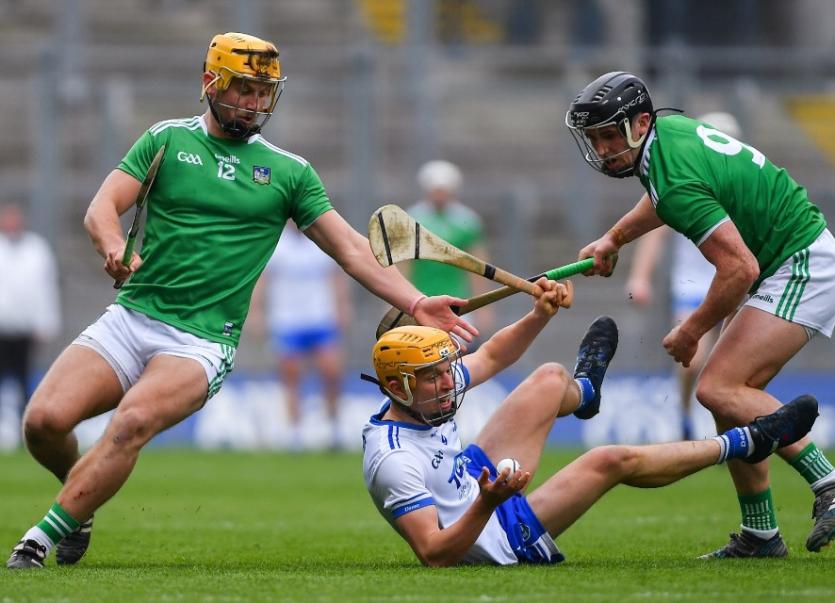 FOR the first time in 15 years the Limerick senior hurlers are Walsh Park bound for a competitive game.

While it’s 89 years since the counties met in championship fare on the banks of the river Suir, even league titles at Waterford GAA Headquarters are sparse.

All-Ireland hurling champions Limerick bid to bounce back into Munster SHC contention with the Deise date, the first of three successive Sunday games for John Kiely’s men with Clare in the LIT Gaelic Grounds one week later and then a trip to Tipperary on June 16.

Although disappointing in the loss to Cork, Limerick are the  4/9 favourites to return to winning ways with the home side listed at 9/4 by the bookies.

Meanwhile, the last visit to Walsh park was a league tie in April 2004 was a round one Allianz Hurling League tie when the Justin McCarthy managed Waterford were 1-20 to 4-7 winners over a Padjoe Whelehan managed Limerick. It was a game where the home side looked comfortable winners throughout until a flurry of Limerick goals from Andrew O’Shaughnessy, Eoin O’Neill and Michael McKenna.

Limerick have been to Walsh Park for U21 and minor ties since but even those visits haven’t been regular with a Shane Dowling and Dan Morrissey team losing a 2011 semi final extra time epic and a Kyle Hayes and Conor Boylan team winning a 2016 semi final thriller in the Munster SHC.

Dowling and Kevin Downes have also been south with Na Piarsaigh – beating Waterford kingpins Ballygunner back in the 2011 Munster club SHC.

So much novelty about Sunday but at the end of the day, it’s all about securing a positive result for both Limerick and Waterford.

There have been challenges games in Doon and Bansha in recent seasons but just three clashes in competition for a John Kiely managed Limerick senior team against The Decies – all three victories for those in green.

Kiely’s debut as Limerick manager was against Waterford in a 2017 Munster League tie in Fraher Field in Dungarvan - a 0-24 to 1-14 win. That was a game were Mike Casey, Kyle Hayes, Aaron Gillane and David Dempsey got their first taste of senior inter-county hurling.

Nickie Quaid, Diarmaid Byrnes, Declan Hannon, Gearoid Hegarty, Tom Morrissey and Graeme Mulcahy were all in that starting team and have actually started all three games under Kiely against Waterford. The other two games; the 2018 Munster SHC tie and this Spring’s Allianz Hurling League final.