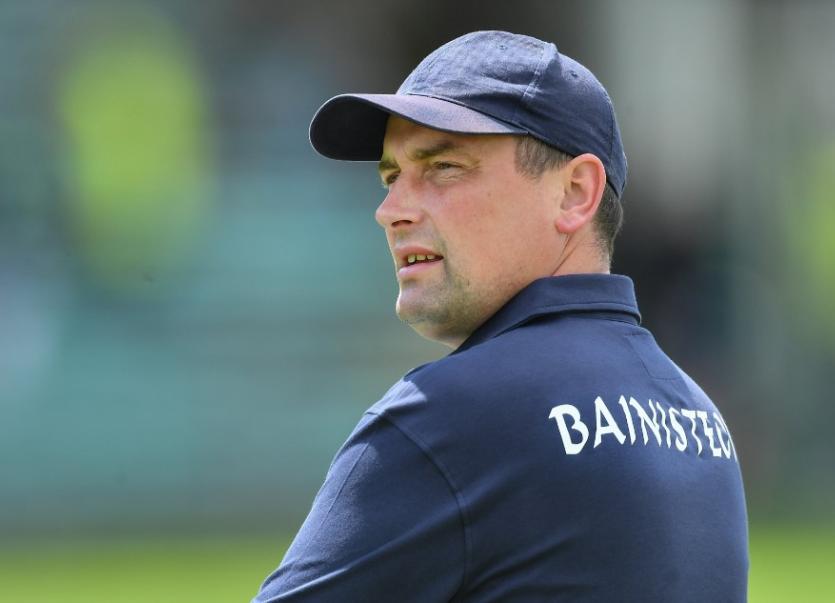 On Sunday (12noon), both sides are seeking a first win in the competition – Limerick did draw with Cork in round one but Waterford have lost to both Clare and Tipperary.

Limerick manager Diarmuid Mullins wants to build on the positives of the draw with Cork.

“The trick on Sunday is to have a more consistent performance and if we are in a position to win the game, that we close it out,” stressed the Mungret clubman.

“All of the guys that played the last time showed that they have no issue at all playing at this level and I wasn’t surprised by that because they are a good bunch,” said Mullins, who is joined in his management teams by coach-selectors Richie Flannery (Tipperary), John Meskell (Ahane) and Tommy Quaid (Effin).

“The middle 40-minutes were very good – the start was a little bit nervous and we also didn’t have the benefit of having a game the week before so that shouldn’t be an issue this time,” recalled Mullins of the Cork draw.

Limerick were five points clear in the final quarter but allowed Cork back into the exciting contest.

“We gave away silly frees towards the end when Cork were struggling to get scores from play – so we have to look at that discipline. Our energy was still good but we turned over a few balls and that led to rash challenges which were penalised by frees and that gave them life,” said Mullins.

A win on Sunday, sets Limerick up nicely for games with Clare and Tipperary in successive weekends.

“This is going to be a challenge for us, particularly with home advantage for them and some travel for us on the morning – it’s a different dynamic to playing in the Gaelic Grounds.”

Mullins explained: “We have replicated that early throw-in when we played Kilkenny in a challenge game earlier in the year – it’s not going to be an excuse but it is something that we have to factor in. We traveled for a lot of our challenge games – we traveled to Galway, to Kilkenny. We tried to build that in because we knew we had two away trips in the Munster Championship”.

Sunday’s game has a noon start in Waterford city, which provides a different set of logistical issues.

“We haven't been down to Walsh Park but we did play Waterford earlier in the year in a challenge game in Mallow. Both sides have probably changed a bit since then,” said the manager.

“I went to the Tipperary-Cork game because we were playing Cork first but we had some members of management at the Waterford-Clare game, which was a tight game and could have gone either way. Waterford have played two games and there has been very little in it for them – they had a man sent-off against Tipperary and played over half the game with 14-men. They lost to Clare by two points and to Tipperary by a goal.”

Mullins added: “Waterford is a big task because there is not much between any of the teams”