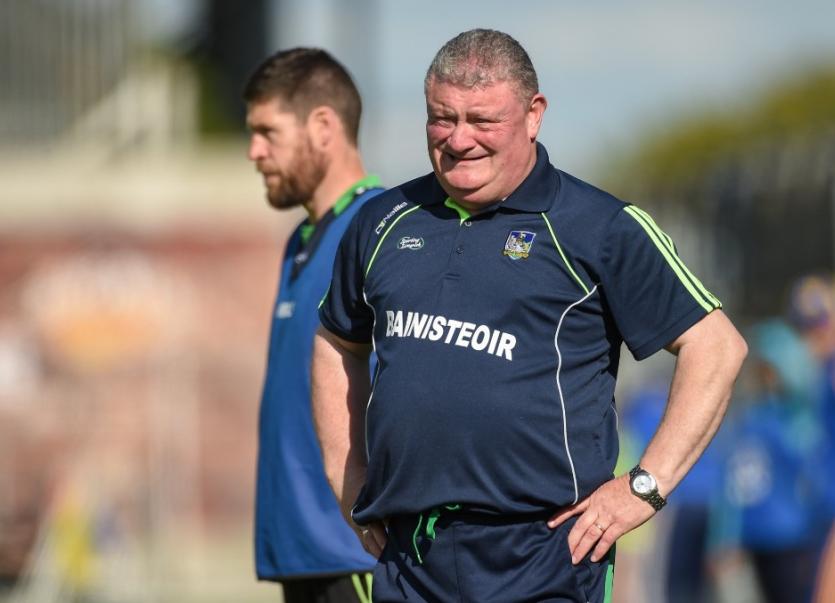 MINUTES after suffering a 48-point defeat the Limerick Ladies Football team lined the corridor under Kinnane Stand to applaud their male counterparts from their dressing room in Semple Stadium.

“That is a show of character – they could have sat in the dressing room with their heads down,” lauded Limerick Ladies Football manager John Ryan.

That 10-22 to 0-4 defeat in the Munster Intermediate Championship was three weeks ago.

The Limerick-Clare game takes place in Cusack Park in Ennis at 5pm – the curtain-raiser to the Clare v Kerry Munster SFC semi final.

Limerick will be boosted by the return of dual players Rebecca Delee and Roisin Ambrose who missed the Tipperary game due to camogie commitments. Absent from the ladies football panel at present are Andrea O’Sullivan and Katie Heelan, who are both Leaving Certificate students.

John Ryan has praised the response of his players since that big Thurles defeat.

“The girls have been very good. They could have fallen apart but they have trained very well for the last two weeks,” siad the manager.

“We will have a go off it,” said Ryan of the Clare test.

“Clare will be very strong again. Both these teams are ahead of us in terms of development but our girls are working hard and that is all we can ask.”

Clare lost to Tipperary 2-15 to 2-11 last weekend and therefore the winner between Limerick and Clare will face Tipperary in the Munster final.

While Limerick were beaten semi finalists in Division Four of the league, Clare just missed out on a semi final spot in Division Two.

“What we are looking for on Saturday is a performance and try turn the scoreline around. We are working really hard” stressed the manager.

“We have to concentrate on our own camp. Saturday will be a test – we are coming back after being beaten and the question we have to ask is ‘are we good enough’. This is not going to happen overnight,” said Ryan, pointing to strength and conditioning as one area that Tipperary dominated his team last time out.

“We need to keep building.”

If Limerick’s Munster championship campaign comes to an end on Saturday, attention will turn to the All-Ireland series in July.

“Our target for this year is to stay up intermediate and maintain our status. We will have three games in that group phase and would need to win two games to be 100% sure that we stay up,” outlined Ryan.

“Anything that comes after that would be a bonus,” said John Ryan this Wednesday.

Ahead of Saturday’s game, a Limerick trio will be in Croke Park this Friday evening when the Teams of the 2019 Lidl Ladies National Football Leagues are honoured.

Limerick lost out at the semi final stage of Division Four but selected in the Team of the League are defenders Kristine Reidy (Feohanagh Castlemahon) and Cathy Mee (Ballylanders) as well as forward Mairead Kavanagh (St Ailbes).