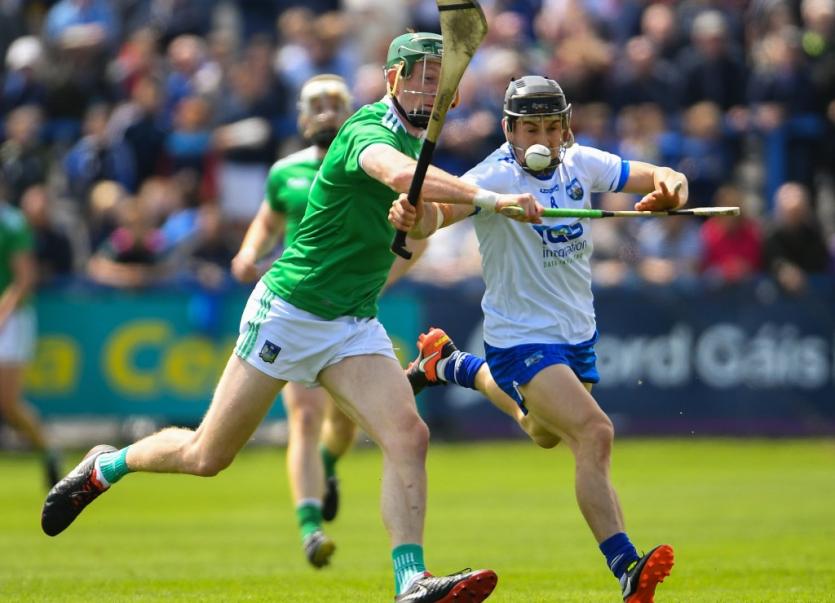 LIMERICK returned to winning ways in style in the Munster Senior Hurling Championship this June Bank Holiday Sunday with an emphatic win over Waterford.

The big 2-24 to 0-10 win in Walsh Park puts the All-Ireland champions back into contention in the Munster SHC.

All roads now lead to the LIT Gaelic Grounds next Sunday (4pm) for the visit of Clare.

Watched by 10,874, the league and championship holders put down a signal of intent as they bounced back from the seven point loss to Cork two weeks ago.

Limerick were 1-10 to 0-7 ahead at half time after a half where the sides evenly shared 14 wides.

The home side did start the better and and three points scored inside five minutes but once Limerick got on top it was clear that the All-Ireland champions were back on form after the loss to Cork.

Then Limerick got the spark they needed with a 16th minute Aaron Gillane goal - the Patrickswell man sweeping to the net after a Hegarty attempted shot broke free in the goalmouth.

When Peter Casey pointed the lead was out to the goal and the game just shy of 20-minutes old.

Gillane increased his tally and then half back duo Paddy O'Loughlin and Declan Hannon stepped into the line for fine scores from distance.

A second for Casey and Limerick were six clear.

Mahony had a Waterford reply with a score from distance but a second from debut boy O'Loughlin ensured a six point interval lead for John Kiely's men - 1-10 to 0-7.

Waterford made two changes at half time with Austin Gleeson and Maurice Shanahan departing and one sub Shane Bennett made an immediate impact with a point.

But the second half was to be one-way traffic.

Limerick showed their intent with a goal three minutes into the half - Hegarty powering up the left before crashing to the net for a 2-11 to 0-8 advantage.

With Waterford relying on Mahony frees, wing forwards Tom Morrissey and Hegarty fired over to extend the lead.

Hayes and sub Darragh O'Donovan kept the sequence going and the lead was out to 11-points with 55-minutes played on Suir side.

All four subs O'Donovan, Shane Dowling, Barry Murphy and David Reidy had points as the lead eased out to 2-21 to 0-10 entering the final 10-minutes.

And, now Waterford were down to 14-men with a straight red card for Pauric Mahony in the 58-minutes.