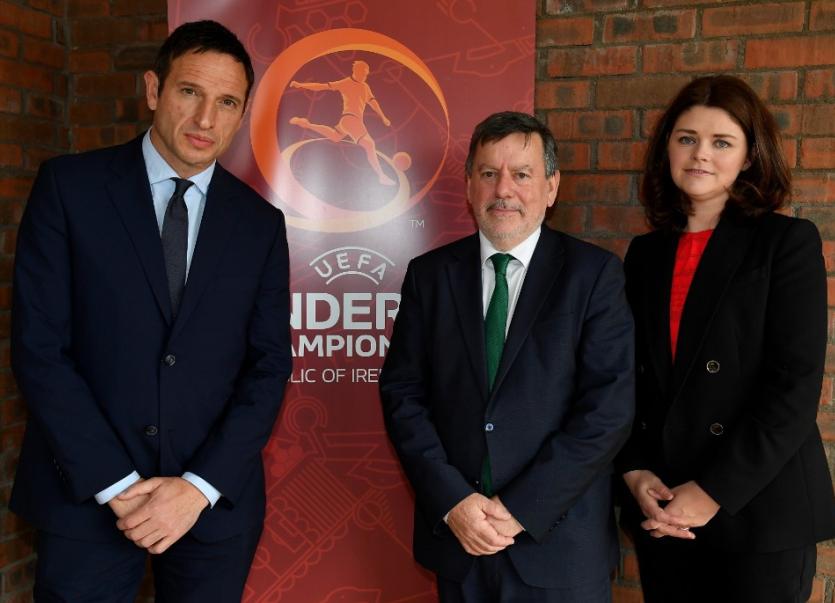 LIMERICK man Noel Mooney to take up six-month secondment with the FAI from his current position with UEFA.

The Board of the Football Association of Ireland has welcomed UEFA’s agreement to a request for support with the secondment of Noel Mooney to the FAI as General Manager for Football Services and Partnerships.

UEFA’s Head of National Association Business Development, Noel Mooney will commence the secondment on June 3 as the FAI builds for the future and continues to work in partnership with key stakeholders to achieve good governance.

Noel Mooney will spend six months with the FAI in the role before returning to UEFA, as agreed, on November 30th.  He will initially assess the FAI’s requirements and will co-ordinate future support and expertise in finance and other areas from UEFA and FIFA.

Former goalkeeper Noel Mooney retired from playing at the end of the 2006 season to take up a position at FAI Headquarters.

Limerick FC announced the signing of former Cork City and Shamrock Rovers goalkeeper Mooney in 2005. Mooney started his career at Limerick, before moving to Turner's Cross, where he helped City capture the FAI Cup in 1998, defeating Shelbourne after a replay. He went on to play with Rovers, and was instrumental in keeping the Dubliners in the Premier Division in the 2004 season.

The appointment of Noel Mooney to the role of General Manager for Football Services and Partnerships will allow Rea Walshe to take up the role of Chief Operating Officer where she will continue to lead the process of Governance and Reform.

In accordance with its Constitution and Rules, management and control of the Association continues to be vested in the Board of Directors. Neither Noel Mooney nor Rea Walshe will be members of the Board under this new interim arrangement.

FAI President Donal Conway said: "UEFA’s advice and support will be very important to the FAI as will Noel Mooney’s UEFA experience and knowledge. Noel Mooney will also play a key role in our engagements with all of our stakeholders as we deliver change for Irish football."

Noel Mooney said: "Working with all of our stakeholders, I am confident Irish football will emerge stronger and better over the next few months as we listen to the voices of those who want the game to succeed and are determined to deliver the radical reform required for Irish football.

"In my time with UEFA I have led teams across Europe developing football in many countries. Returning home to help the FAI with its challenges is something I will embrace as we deliver change with our highly committed staff and all our leagues, clubs and partners."