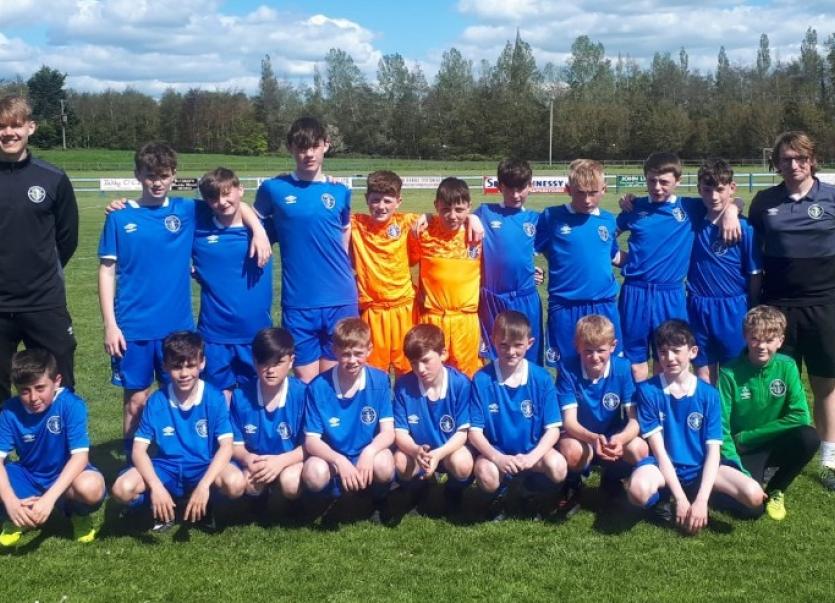 LIMERICK FC U13 side make it six wins on the bounce in Group 2 of the SSE Airtricity U-13 League after scoring an impressive 4-0 win over the Kerry League at Rathkeale on Saturday last.

Limerick came into the game in a rich vein of form, while visitors Kerry were victorious in their previous outing against Athlone Town.

The game started with Limerick having a lot of possession. Limerick, in the early stages of the first half, struggled to create any real clear goalscoring opportunities as they forced a lot of play which wasn't causing their visitors any real danger.

Kerry were dangerous on the counterattack and but for an offside decision, could have taken the lead. However, as the half wore on, Limerick started to play with more purpose in possession and would see their effort rewarded from a corner kick as Jack Koyce scored Limerick's first goal of the game after good reaction inside the box.

Straight from Kerry's kick off, Cillian Mulvihill would intercept and see his attempt go out for a corner.  From the resulting corner Limerick would double their lead in quick succession as Tom Healy headed home. Limerick maintained their 2-0 lead until half-time

The second half would see Limerick dominate the game more in Kerry's half as they passed the ball around the pitch at speed, switching play at will and were rewarded for their play with James Kenenally continuing his good goal scoring form as he got Limerick's third goal early into the second
half.

Limerick would dominate the remainder of the half with Kian Kelly having a very good game.  The Blues would add a fourth towards the end of game when Cillian Mulvihill calmly slotted home from 12 yards out as he dusted himself off after been fouled inside the box.

Limerick FC squad and staff would like to thank Rathkeale AFC for their hospitality and use of facilities while wishing Kerry the very best for the remainder of the season. Once again, we thank the continued great support for the young super blues, it is greatly appreciated.