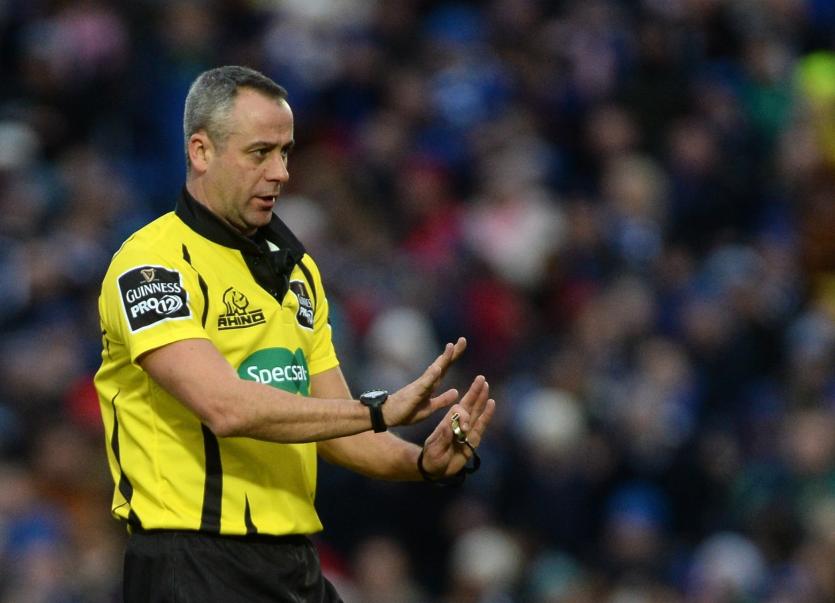 THE match officials for this weekend's Guinness PRO14 Semi-Finals have been confirmed.

Mike Adamson, of Scotland, will take charge of Munster's big semi-final showdown with Leinster at the RDS on Saturday, 2.30pm. Adamson's appointment carries significance as the first SRU match official to take charge of knock-out game in the Guinness PRO 14 since they were re-introduced to the Championship in 2010.

Meanwhile, Limerick-based referee John Lacey will take charge of Glasgow Warriors' semi-final meeting with Ulster at Scotstoun on Friday evening, 7.35pm. It will be the 80th time that Lacey takes charge of a Pro 14 fixture.

Lacey is set to retire from refereeing at the end of this season to take up a High Performance Referee coaching and talent identification role with the IRFU.

One of the most-capped test referees in Irish rugby history, Lacey has taken charge of 37 tests between 2010 and 2018, and officiated at four matches at Rugby World Cup 2015.