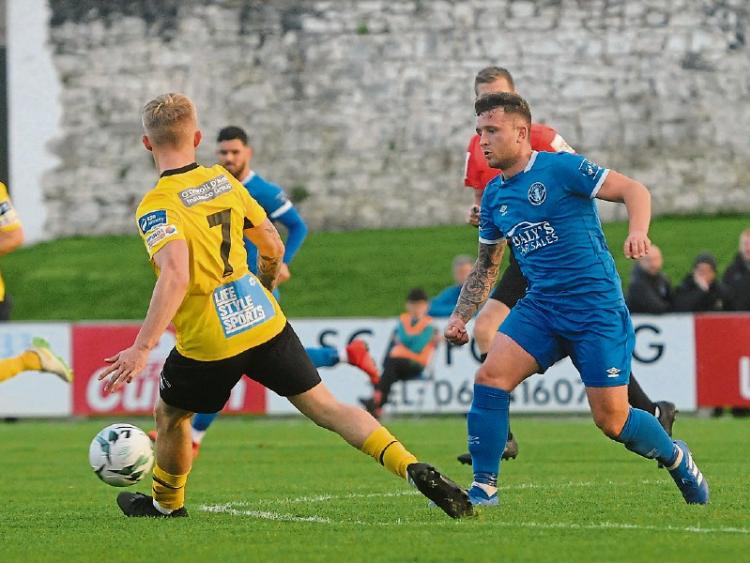 The win was secured courtesy of a late stunning 25-yard strike from captain Shaun Kelly in the 84th minute.

That victory brought the curtain down on a dramatic 24-hour period, off the pitch as well as on it for the Blues.

Earlier, Limerick had confirmed that the club is at an ‘advanced stage of negotiations with an investment company’ at the same time as one of its sponsors has ended its association with the club.

Limerick FC released a statement last Friday afternoon confirming that they are at an 'advanced stage of negotiations with an investment group'.

The club confirmed that the investment group are being represented by former Sligo, Bohemians and Dundalk manager Sean Connor who attended the ‘Blues’ games on Friday.

The Limerick FC statement read: “The (investment) group have a firm business plan and strategy in place. We share their vision, values and core objectives for the club. . . .

“Sean Connor has been representing the investors at the club this week and has been preparing the ground from a procedural perspective, to allow for this strategy to be implemented.

“We believe that the future of the club is bright. The new investor’s believe in Limerick FC and in The City of Limerick.”

Limerick FC manager Tommy Barrett described news of the potential investment in the club as ‘great.’

“If it happens, I think it is great. We heard last week that talks broke down. That would have been great because we would have gotten money in.

“We need money to run the team and the club. If it happens it is great news for Limerick.

“We need the investment. It would be great for the players because they are working their socks off. There is no one on huge money here. It’s important players get their money and get it on time. We do need that investment.”

However, in the wake of that statement, the Daly Group confirmed that it had written to Limerick FC owner Pat O'Sullivan indicating that it is withdrawing its sponsorship of the club.

The Daly Group, who say they have been 'great supporters of the club on all levels' particularly with regard to 'financially supporting the club' over a number of seasons informed  Pat O'Sullivan saying they no longer wish to be associated at any level with Limerick FC.

The statement said: “In light of recent announcements it is with great regret we no longer wish to be associated at any level with Limerick FC under its current ownership and direction.

“We are requesting with immediate effect you remove our branding from club gear and withdraw any of our brand identity from your club records.

“The Daly brand name is only associated with positive associations within the community and we believe the latest developments are not conducive to the way we like to be portrayed in public. We have no option but to end our relationship with the club on all levels.”