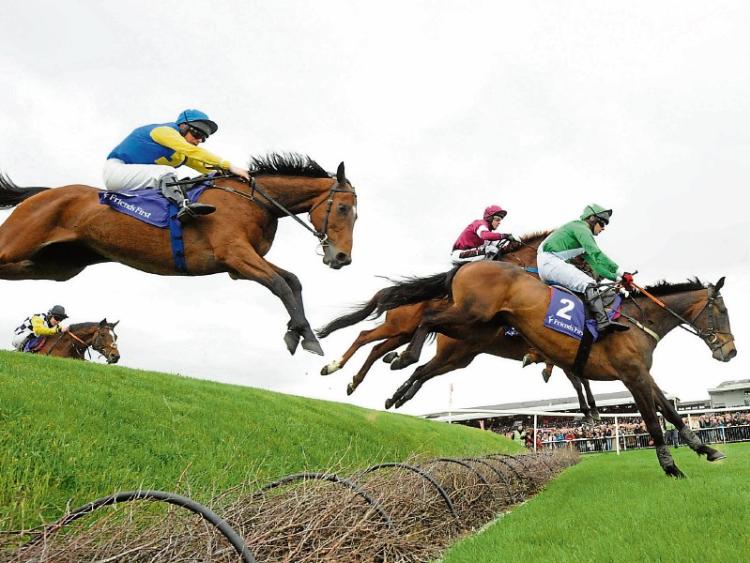 Our tipsters have been busy at work, so you don't have to. Punchestown starts today and you can find our top tips for Day 1 below. Good luck

15:40 - The opener is a decent betting heat for punters and I'm going to go with last year's winning combination, John Gleeson and John Gleeson Jnr. They won last year with Just Wait and See and return this year with the less fancied BAILY FOX (25/1). At a big eachway price, it might be worth taking the chance that the Gleeson's have come up with another expert piece of placement here. The horse wasn't disgraced in a point-to-point start behind Festival Opera in March.

16:20 - Klassical Dream is an odds-on shot here and should win but I'm siding with his stablemate ARAMON (7/1) to pull off a minor shock in this. Although he was 11 lengths behind the favourite in the Supreme at Cheltenham, he was a lot closer at Leopardstown back in February on good ground. The ground is drying all the time at Punchestown and could come into Aramon's favour by Tuesday afternoon. He perhaps hit the front a tad early that day and had Klassical Dream working hard to deny him by a head on the line.

16:55 - This is an opportunity for Henry de Bromhead to continue a good season with RAYA TIME (7/1). He hasn't won since joining the Waterford handler's yard last summer but he's been in the front three on four out of five of those occasions. He also won by 14 lengths on good ground at Killarney before joining Henry's string and that bodes well for the going expected in Punchestown. He put in an eye-catching piece of form at Leopardstown at Christmas when he was third, five lengths behind City Island, a subsequent Cheltenham winner. Another strong Cheltenham performer, Dallas Des Pictons, was second that day.

17:30 - This is a real puzzle but I've landed on UN DE SCEAUX (10/3) for Willie Mullins. Min will be the hotpot after demolishing a good field at Aintree but Un De Sceaux won this race last year and could go well again. Although a long way from his free-wheeling wins of a couple of years ago, he wasn't disgraced in the Ryanair at Cheltenham, finishing eight lengths behind Frodon. His performance to finish four lengths behind the all-conquering Altior at Sandown last December also reads very well in light of that rival's record-breaking exploits.

18:05 - This is a minefield and not really one to invest too much in with many horses on debut, but perhaps SON OF CAMAS (3/1) for Nicky Henderson and Patrick Mullins is the one to side with. He is a relatively expensive purchase and made Henderson's select team to make the trip across the Irish Sea.

18:40 - DELTA WORK (2/1) was a warm order for the RSA at Cheltenham only to be denied by Topofthegame but back on good ground, the odds look a steal for this Gordon Elliott star. That RSA was very strong and the cream rose to the top with Delta Work, Topofthegame and Santini coming to the line as a blanket. On good ground, he's accounted for the likes of Le Richebourg and Mortal and should be too good for his rivals here. A Plus Tard was an impressive winner at Cheltenham but he'll still have a bit to find with a hardy Delta Work who will relish the trip.

19:15 - Experience can count for a lot in these big-field flat races and with that in mind, FIVEALLIN (14/1) is the selection. Jessica Harrington enjoys a winner at Punchestown and could be rewarded for getting two runs into this one before this race. He's finished fourth on two starts and although not setting the world alight, he represents good value for the experience.