John Kiely: Reducing Limerick panel for the championship 'most difficult part of what I do' 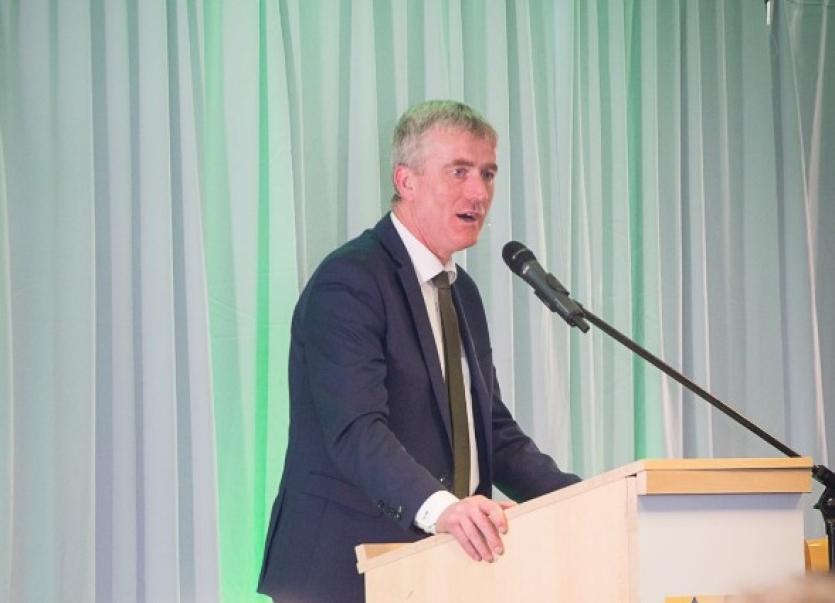 LIMERICK hurling manager John Kiely has explained that reducing the size of his panel pre-championship is the "most difficult part of what I do".

Kiely was keynote speaker this Tuesday at an Up Skilling the MidWest event in Limerick Racecourse.

The All-Ireland SHC winning manager spoke on 'How to Build and Motivate a High Performing Team'.

In a week when the 2019 championship panel was revealed, Kiely said reducing any panel is the "most difficult part of what I do".

"It's a real challenge - you are asking somebody to effectively step back from the group, which is probably one of, if not the most important group that they are part of at that time, apart from their actual family. This is an extension of their family almost because they are huge huge friends with these guys in the dressing room and it's a real hard thing to have to step back - a real tough situation," John Kiely told the large audience.

"When I do ask guys to step away, where possible I try and meet them and explain the rationale behind the decision - they know it's a very competitive environment and they are realistic too. They have all the data and have all the stats on their own performance and can see whether they are making teams or making the 26 or not - they know themselves where they are at but the vast majority of the time they are just hoping that they avoid the cut," he outlined.

"I try to bring them the rationale behind it and give them some evidence from the data, explain the decision making process or or maybe give them some advise in terms of areas of improvement for them to go and work on and to be ready for a call back should the opportunity arise because maybe a number of people might pick up injuries and you may need them again because they are the best placed people to come back in and make a contribution because they know the systems and processes and know the group.

He said that departing players had the "continued support" of the inter-county set-up.

"We know they have a lot to bring to the group - they wouldn't have been there otherwise. Our S&C coach Joe O'Connor will maintain contact with them and is open to them; our performance coach, Caroline last year and Tony Og Regan this year are still available to them. I am available to them, the hurling coaches are available to them, to meet, to discuss and to get advise on how they can continue their improvement as players," said Kiely.

He added: "It's not a case of severing the umbilical cord; good luck your gone and thanks - it's not like that anymore. That might have been the case back 20-30 years ago but nowadays it's a far more integrated and more considerate approach".

"It's a difficult job, a really difficult job - I find it the most difficult part of what I do. I generally try meet them and spend some time with them and give them as much respect as I possibly can but yet I have to be decisive in making the decision and letting them know it's final. You have to be straight and ultimately, why are you doing it - it's for the team."