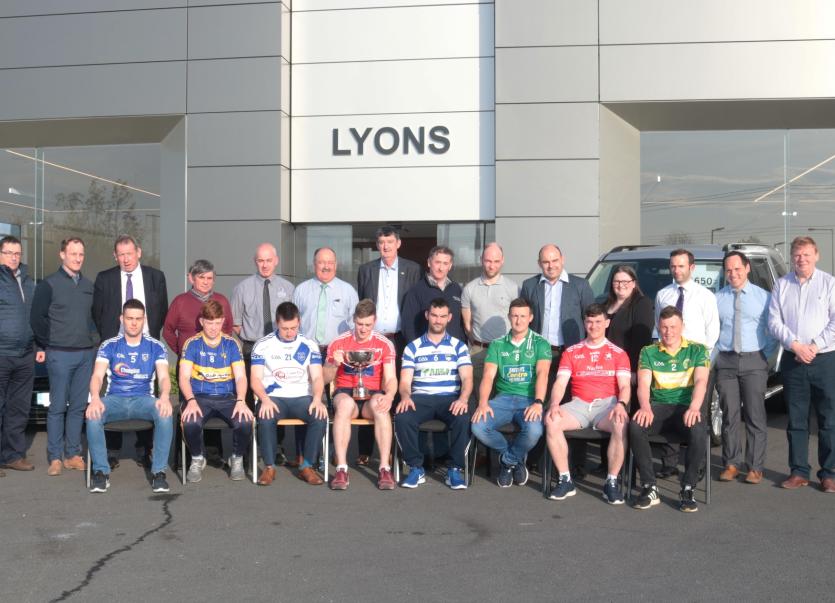 LIMERICK GAA have unveiled Lyons of Limerick as their latest championship sponsor.

The car sales company will sponsor the Limerick Premier IHC.

The second tier of club hurling championship in Limerick continues with round three this Thursday and Saturday and then breaks for the inter-county Munster Championship.

Limerick GAA chairman John Cregan said: "Since its inception in 2015, the Premier Intermediate Hurling Championship has been one of the most competitive in the Limerick Club Hurling scene and this season will see eight teams battle it out for a place in the Senior Hurling Championship next season".

Fiona Connolly of Lyons of Limerick Group General Manager spoke at the official launch in the company premises in Ballysimon.

"Lyons of Limerick, Ford, Volvo, Jaguar, Landrover are delighted to be in a position to support Limerick GAA and we are looking forward to an exciting sporting season ahead for all," said Connolly.