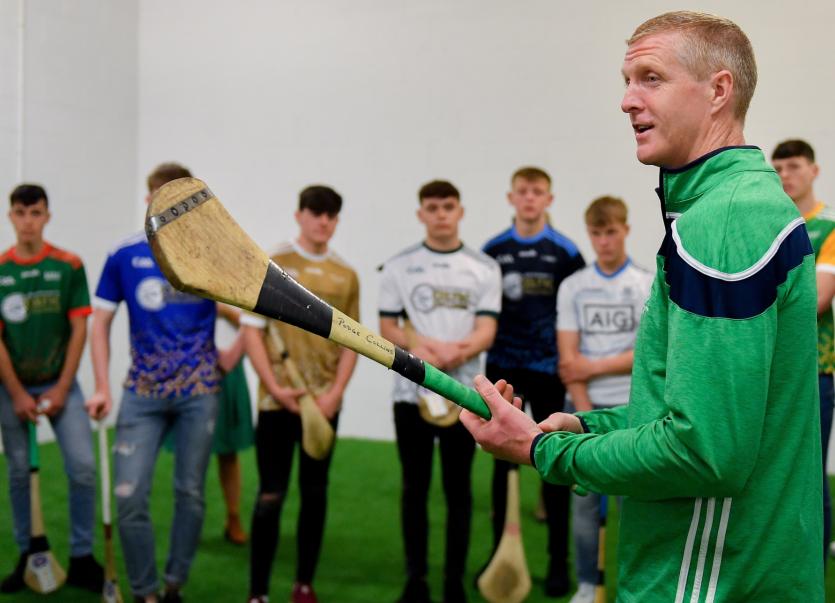 TWO Limerick hurling teams will compete in the 2019 Bank of Ireland Celtic Challenge.

Among the 44 teams taking part in the U-17 hurling competition will be Limerick Treaty and Limerick Sarsfields.

The Celtic Challenge is an U-17 competition for young hurlers not on the inter-county minor panel and not sitting State Exams.

The competition was launched in Croke Park this Wednesday.

In the the fourth year of the competition, 1,300 players will play across 138 matches, which will commence in May and conclude in June 2019.

For 2019, a total of 44 teams from all 32 counties will take part across eight groups. The teams include a mixture of County teams as well as sides that represent regions from within counties e.g. Limerick Treaty and Limerick Sarsfields.

Details of the competition, which is sponsored by Bank of Ireland were unveiled at Croke Park earlier today by GAA President CLG John Horan.

“The Bank of Ireland Celtic Challenge is a key avenue for the growth and promotion of Hurling nationwide. The competition has been hugely successful in providing players with a meaningful programme of games that helps them to develop their skills within a structure that encourages respect and learning. The success of the competition is evidenced by the fact that this year Wicklow will be entering two teams – Wicklow Blue and Wicklow Gold – to compete in the competition," said Horan at the Croke Park launch.

All players will be provided with a bespoke Celtic Challenge jersey as a memento of the competition. The jerseys have been designed exclusively for each of the 44 teams and are sponsored by O’Neill’s House of Sport.

After an initial round robin group phase of matches, teams will be graded on their performance and will then be assigned to one of six Divisions for the Quarter-Finals and Semi-Finals where again they will compete against teams of a similar level of ability.

The six Divisional Finals will be played on Saturday, June 29 in Bord na Móna O’Connor Park in Tullamore.

The Bank of Ireland Celtic Challenge represents a new departure in Hurling with the inclusion of teams from all 32 Counties as well as unique respect initiatives including a ‘Pre-Match Talk’ by the Referee and the Best and Fairest Award’ that will see referees after every match choose one player from each team selected on the basis of their skill level as well as the respect they showed to the playing rules, match officials and their fellow players.