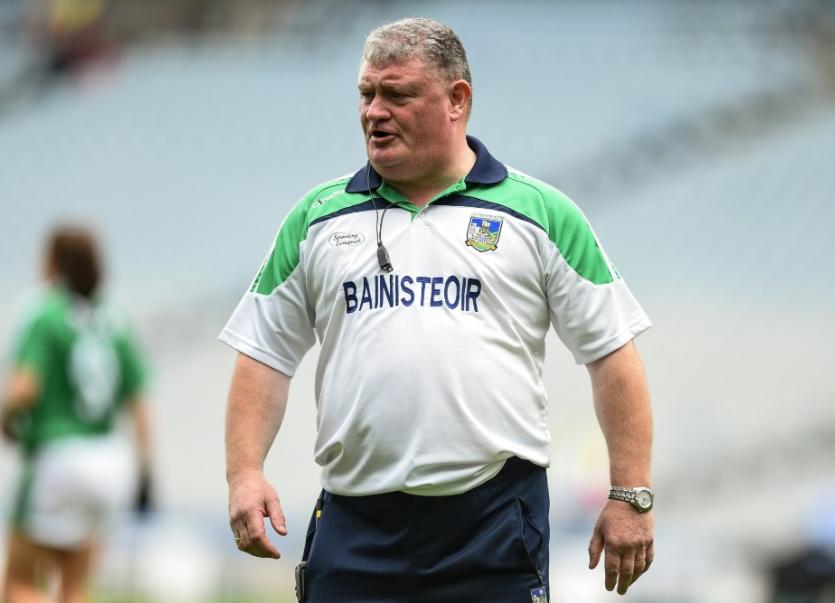 SEMI FINAL defeat for Limerick this Saturday afternoon in Division Four of the the Lidl Ireland Ladies Football League.

Limerick were 11-points up at half time but for the second successive years, lose out at the league semi final stage.

The sun shone and it was ideal conditions for football at Coralstown in Kinnegad, the first-half was outstanding, and Limerick took a 4-6 to 1-4 lead into the break.

But it was an unbelievable second-half comeback that sealed the win for the Ulster outfit. Smyth spear-headed the challenge and late yellow cards for Cathy Mee and Loretta Hanley meant Limerick were down to 13 players at one stage.

When these sides met at Ederney on 23 February it finished in a 2-8 to 1-9 victory for Limerick, buthere Fermanagh dominated the opening stages and ran up an early lead.

2 sinbins given against Limerick in 2nd half. 18 frees to 3 against Limerick. @LadiesFootball why have a ref from one of the last 4 counties (Louth) appointed to a semi final ??? And not advised in advance !

The first score of the game was a goal, Courtney Murphy giving the assist as Fermanagh captain Joanne Donnan scored, in the third minute. And a couple of Eimear Smyth points meant Fermanagh were in control.

But the reigning TG4 All-Ireland Junior champions showed their experience, and they grew in confidence after Caitríona Davis landed her first free in the eighth minute. Davis tagged on another point before Limerick’s opening goal.

Rebecca Delee attracted the covering defenders and her pass across the face of Róisín Gleeson’s goalmouth was fisted to the net by Cathy Mee. It was the turning point for Limerick and they would score an unanswered 2-2 after that 11th minute strike.

Mairéad Kavanagh powered home the second goal when she cut in from the right in the 12th minute, Smyth provided a brief reprieve, but Mee fisted home her second goal on the 15-minute mark.

Kavanagh doubled her goals tally in the 19th minute and Limerick scored four of last five points in the first half, with Davis’ fourth free ensuring John Ryan’s team took a big 4-6 to 1-4 lead into half-time.

Fermanagh scored five points in a row at the start of the second-half, Smyth contributed four with Donnan also on target. Mee was shown a yellow card in the 47th minute, and although Davis scored again, Fermanagh charged to the win.

Limerick wouldn’t added to their tally, while Blaithin Bogue reduced the deficit to 4-7 to 1-10 with ten minutes remaining. Hanley was sin binned and Smyth fired to the net after Donnan’s pass in the 53rdminute and a shell-shocked Limerick couldn’t cope late on.

Smyth scored three points after the hour-mark and Limerick were dumped out at the semi-final stage again.