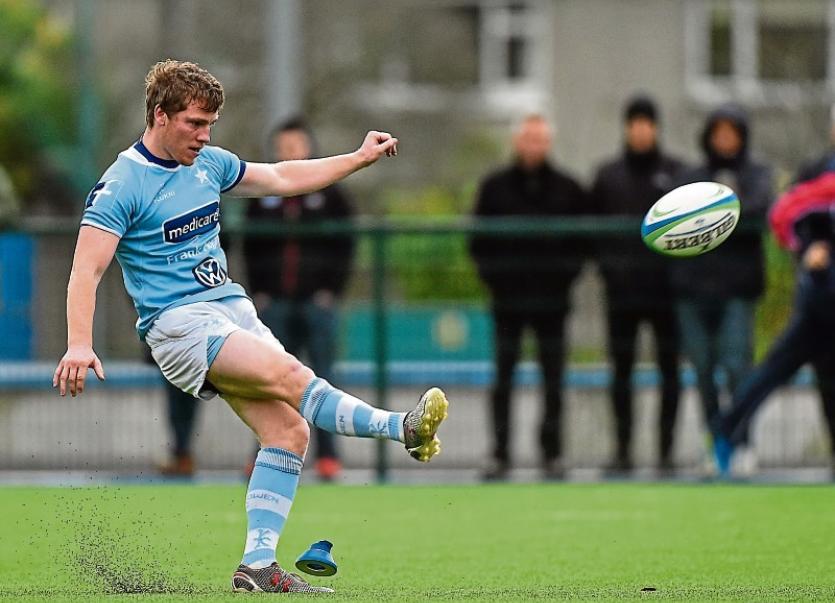 Munster's Neil Cronin is set to at scrum-half for Garryowen in Saturday's Bateman Cup final clash with City of Armagh , live on RTE TV

GARRYOWEN FC's Bateman Cup final clash with City of Armagh will be televised live on RTE 2 this Easter Saturday.

The game at St Mary’s RFC in Templeville Road kicks-off at 12.30pm, with TV coverage of the final beginning at 12.15pm.

Conan Doyle’s Garryowen side earned the right to compete in the Bateman Cup competition as a result of their Munster Senior Cup final success of last season.

Final opponents City of Armagh finished in eighth place in Division 1B of the All-Ireland League this season and secured their Bateman Cup final place with a 29-13 semi-final win over Buccaneers.

The 'Light Blues' side then secured their place in this weekend's final by defeating Leinster Senior Cup winners Lansdowne 14-12 in their semi-final showdown at Dooradoyle last January.

Garryowen last won the Bateman Cup in 2012 beating Ballymena in the final on a 24-6 scoreline.

The Bateman Cup competition was played annually between the four provincial cup winners on the last weekend of the season, beginning in 1922 when Lansdowne defeated Cork Constitution 6-5 in the final.

Young Munster were the first Limerick winners of the Cup in 1928.

Ireland Under-20 Grand Slam winner Ben Healy and Munster’s Neil Cronin will pair up at half-back for Garryowen’s shot at a second Bateman Cup title in eight years.

MEANWHILE, Bruff will look to move a step closer to promotion to Division 2B of the All-Ireland League this Saturday when travelling to Midleton for their semi-final play-off.

The victory ensured Bruff went through their home games in the AIL this season unbeaten.

Reaching the promotion semi-final play-off this season marks an impressive turnaround in Bruff’s fortunes this season as the South Limerick side had to rely on winning a relegation play-off against Bandon 12 months ago to avoid dropping out of senior ranks.

This Saturday’s promotion semi-final clash with Munster rivals Midleton has a 2.30pm kick-off at Towns Park.

Should Bruff manage to overcome Midleton this weekend, they will face either Skerries or Malahide in the promotion play-off final with the winner of that game playing their rugby in Division 2B of the All-Ireland League next season.

Bruff finished one place and four points behind Midleton in the Division 2C table at the end of the 18-game regular season.