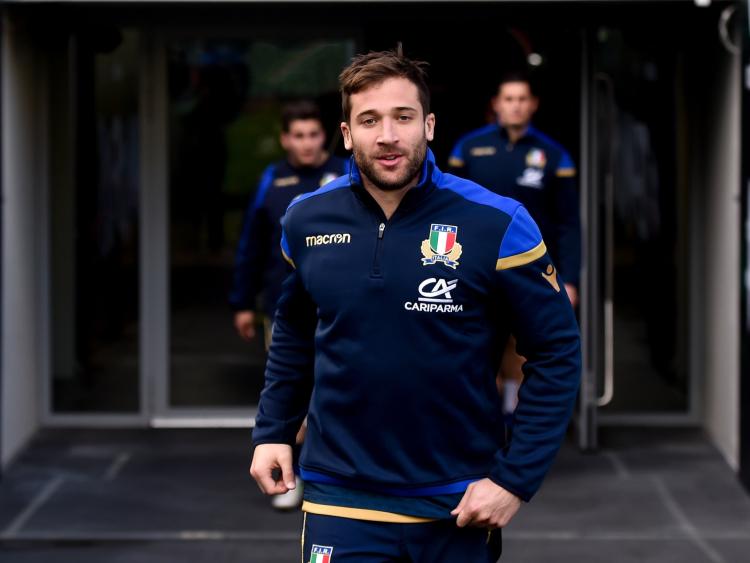 Tommaso Benvenuti has been banned for two weeks

Tommaso Benvenuti of Benetton Rugby faced a Disciplinary Hearing yesterday via video conference and has been banned for a period of two weeks as a result.

A Disciplinary Committee met in Edinburgh to consider the citing against Benvenuti (No 13) of Benetton Rugby which occurred as a result of the Round 20 Guinness PRO14 fixture with Munster Rugby on Friday, April 12, 2019.

The Player was reported by the Citing Commissioner in charge for an infringement of Law 9.20 – A player must not make contact with an opponent above the line of the shoulders. The player was shown a yellow card at the time by referee Ben Whitehouse.

The Disciplinary Committee comprising of Rory Bannerman (Chair), Frank Hadden and Jennifer Rae (all Scotland) concluded that the player had committed an act of foul play.

In upholding the Citing Complaint, the Disciplinary Committee deemed that the offence merited a red card with a mid-range entry point of four weeks. The panel did not find any aggravating factors and applied 50% mitigation (two weeks) in respect of the player’s admission of facts, his previously clean disciplinary record across his career and his conduct both after the game and during the hearing.

As a result, the player is banned for a period of two weeks and will be free to play from midnight on Sunday, May 5, 2019 provided Benetton Rugby reach the knock-out stages of the Guinness PRO14 Championship.

Should Benetton play only one more game this season, then Benvenuti’s ban will extend to August 11, 2019 to ensure the ban covers two meaningful matches – this would cover the Italy versus Ireland fixture on August 10, 2019 in Dublin.