Opinion: Patrickswell send out early message to all - Martin Kiely 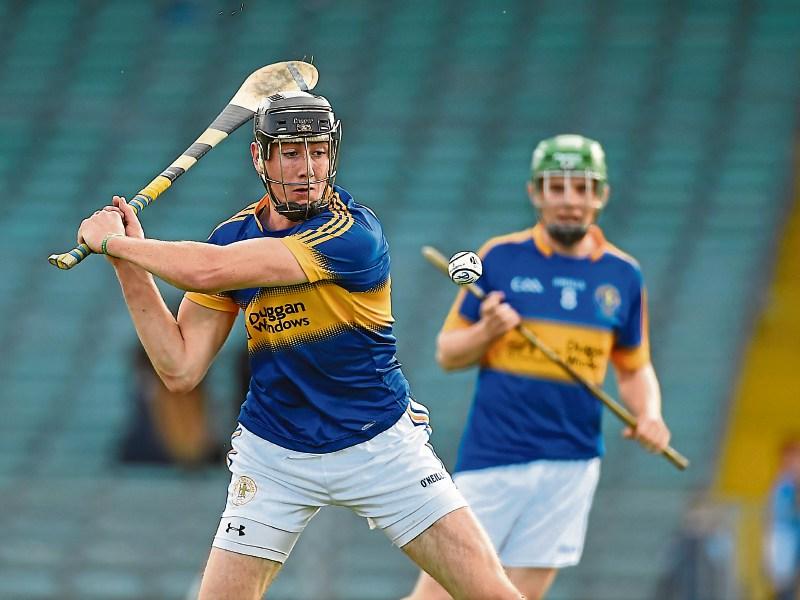 Rough and raw would best describe the opening weekend of the Limerick senior hurling championship as players and supporters had to deal with very harsh weather conditions.

Rain and very strong winds provided testing conditions and in fairness to all the players, it was far from easy to play in.

The year following Limerick’s All-Ireland win should have provided good attendances at games but this was not the case.

Some of the crowds were really small and even at the so called ‘bigger’ games the attendance was also very poor.

This weekend also gave me a further insight into the difficulties some clubs are having and that will become even more difficult over the next couple of years.

The GAA, as we know it at parish level, is facing some very serious challenges and the time is coming when many traditional clubs will have to join with their neighbours to survive.

I can foresee a time when we will only have only a handful of clubs in each division. Some people might feel that will never be the case but look at the many clubs now that are struggling to fill underage teams and also adult.

That is only going in one direction as the base of some clubs is just about holding on.

Before a ball was hit in this year’s championship Na Piarsaigh are once again the team most people feel have the advantage on all.

They have the strongest base to call on and it will take a very big performance to beat them. They will know that they didn’t do themselves justice in the Munster Club final last year so they will be very anxious to get themselves in that position again later this year.

Much was expected from Doon but this has always been the case with a team that promises much each year. The final scoreline does not reflect the dominance Patrickswell had in the game.

This game was played with more than an edge and on a few occasions it spilled over.

Doon finished with thirteen men after Richie English and Darragh Stapleton were sent off in straight red cards nearing the end of the game.

Doon had a powerful wind with them in the opening half but they never fully took advantage of it.

Part of it might also be due to how Patrickswell controlled the game. Patrickswell won many of the key battles and players like Seanie O’Brien, Diarmuid Brynes, John Flynn and Cian Lynch were outstanding.

Seanie O’Brien closed out Pat Ryan and never allowed him have an impact on the game. Brynes was solid in every way while young John Flynn enjoyed the space of midfield. His goal in the second half was very well taken after Aaron Gillane had slipped him a fine pass.

The big difference between the teams was the impact Cian Lynch had on the game. He was in really good form, he moved up and down the field with such efficiency and once again we saw the impact he can have with the way he links the play.

It was bitter in Kilmallock and the heavy overnight rain made ground conditions slippy.

The sides were level at halftime and Patrickswell would have been the happy side going into the dressing room.

Diarmuid Brynes had four points from difficult frees into the wind while Josh Ryan had a couple of points also from frees.

I have mentioned Josh Ryan before a few times. This young man is developing all the time and I would like to see him part of the Limerick senior panel.

Doon played him at midfield but to me this towering young man is better suited to a central role. His hurling has to speed up a bit but with the right circumstances Josh Ryan has the ability to play at the highest level.

With wind advantage in the second half Patrickswell moved up a gear and once John Flynn found the net there was little chance of a Doon come back.

In fact it took Doon sixteen minutes to record their opening score of the half which came from a Josh Ryan free.

Doon would add only two further points and that was never going to be good enough against Patrickswell.

This was a good opening win for Patrickswell and they will now play Kilmallock in the next round this weekend. The team had a good stability about them and overall they seemed to be more solid in defence.

Adare will regret the amount of opportunities they missed against Kilmallock.

This young team were trigger happy and didn’t show patience in front of goal and that was particularly evident in the opening half where they hit some bad wides.

Kilmallock found a way to win the game in the second half but the short game they played did them no favours. It broke down on so many occasions and I just don’t think this type of game suits them.

Only one point separated the teams at the break but Adare struggled in the second half. Declan Hannon was solid at centre back but they lacked fire power in attack.

Adare have a few players learning their trade and will need a couple of years to come to terms with senior hurling.

This game was played in the most difficult conditions on offer over the weekend and that would not have suited either team.

Kilmallock know how to win big games but playing a game similar to the Limerick senior hurling teams does not suit them. To play that game you need a really high skill base from all players.

This weekend will see the next round of games and then the club player will be forgotten about.

If you are looking for reasons as to why players are walking away from the game then any organisation that allows this happen will ultimately pay a very heavy price for it.

You can have all the shining lights in Croke Park but the base of the GAA is getting weaker and it appears no effort is being made to try and stop the decline.

Croke Park took no notice of the newly formed club players association and in many ways it was a slap in the face for the most important people in the game at club level.

The GAA enjoys a special place in Irish society and rural parishes and clubs have played a key part in its development at national level.

Those same outlets now require leadership from those charged with leading the association and unless we see it soon then I fear for many rural clubs all over Ireland.