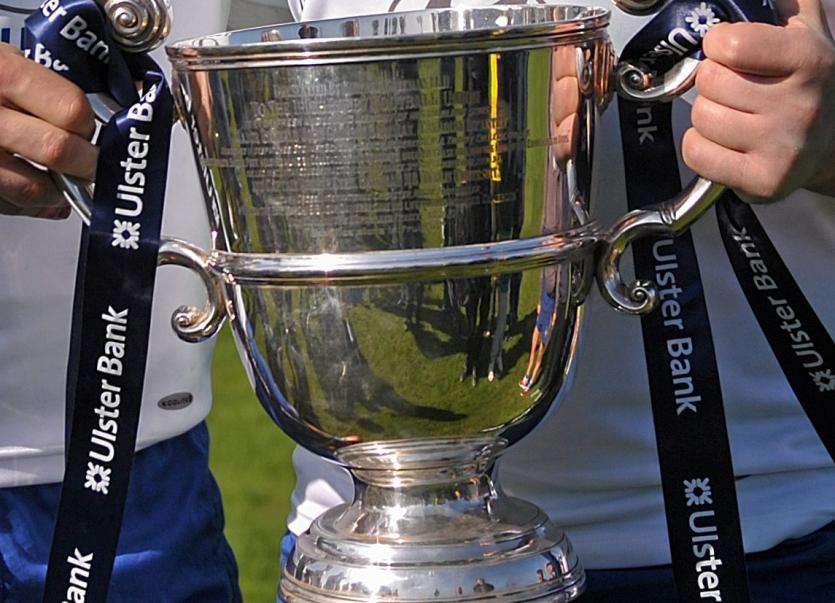 THE live TV details have been confirmed for a Limerick club's All-Ireland final showdown in Dublin this Saturday.

Garryowen FC's Bateman Cup final clash with City of Armagh will be televised live on RTE 2 this Saturday. The game kicks-off at 12.30pm, with TV coverage of the final beginning at 12.15pm.

Garryowen earned the right to compete in the Bateman Cup competition as a result of their Munster Senior Cup final success of last season.

Conan Doyle's 'Light Blues' side then secured their place in this weekend's final by defeating Leinster Senior Cup winners Lansdowne 14-12 in their semi-final showdown at Dooradoyle last January.

Garryowen last won the Bateman Cup in 2012 beating Ballymena in the final on a 24-6 scoreline.

The Bateman Cup competition was played annually between the four provincial cup winners on the last weekend of the season, with the exception of 1933 and 1934 when a number of the provincial cup campaigns had not been completed on time.

The tournament was finally terminated at the outbreak of the Second World War owing to the restriction on travel.

In 2005/06 an All-Ireland Cup was introduced within the All-Ireland League structure and in 2010/11 the structure was changed to the original Bateman Cup structure with the four Provincial Cup winners taking part.