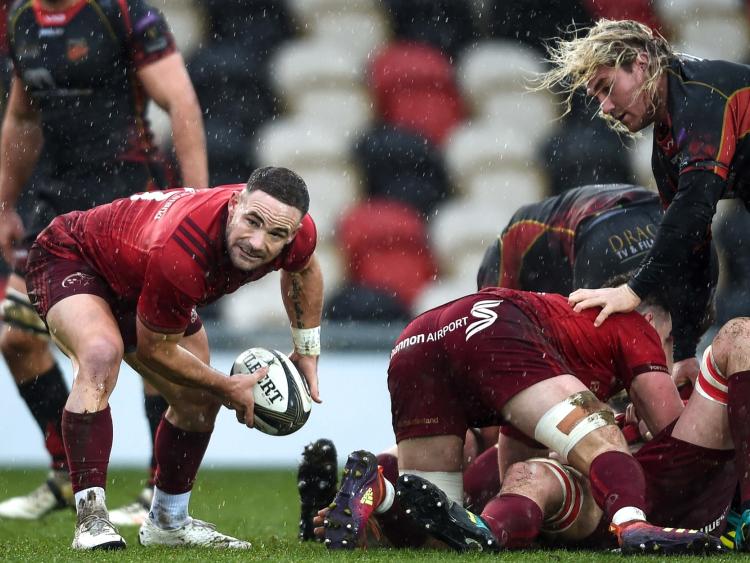 Munster scrum-half Alby Mathewson, gets his pass away against the Dragons in their Guinness PRO14 clash

New Zealand scrum-half Mathewson was responding to the news that Van Graan has singed a new contract extension with munster which will keep him at the province until at least June 2022.

Mathewson, who has extended his stay at Munster until at least next November said: “He’s (Johann van Graan's) been around the game for a long time now. With the Bulls, he started really young, but just his attention to detail I think he must analyse the game down to the… every single second of the match he’ll analyse.

"He’s a great people person and he’s really good at managing people and getting to know every player and being very personal with them. I think it’s important in a team environment to have that relationship with your players, not just a kind of business relationship but to actually get to know your players so you know what makes them tick and that sort of thing. I think he’s really good at that.”

"He’s a very positive coach as well but when he needs to crack the whip he does and that’s a good thing as well.

“He puts a lot of trust in the players, like he puts a lot on the players in terms of game prep and that sort of thing and gets input from the internationals and across the squad in terms of how we want to play and things like that and I think it’s great when you’ve got a coach that trusts the players and is always seeking their input as well. It’s good to be around.”