Scrum-half Sean Kennedy who grew up in Limerick leaving Edinburgh 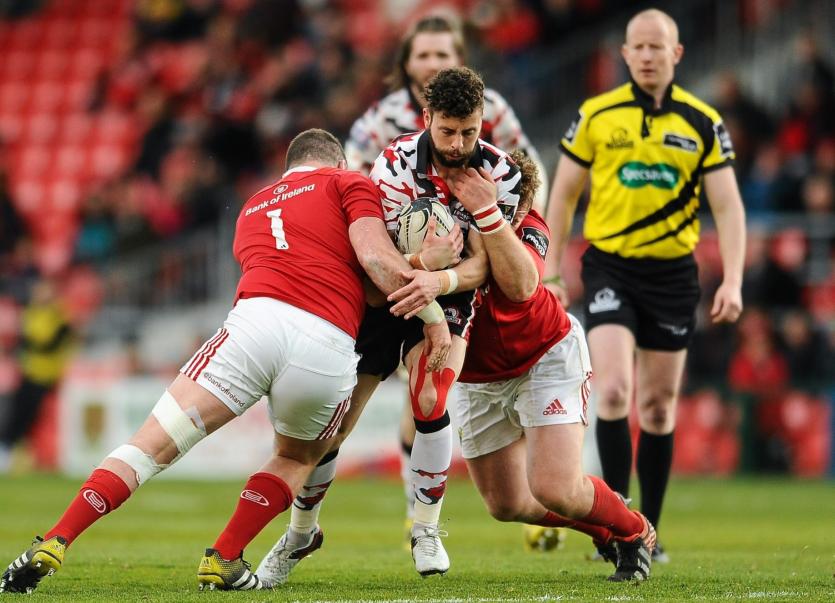 Edinburgh scrum-half, Sean Kennedy is tackled by Dave Kilcoyne and Stephen Archer, of Munster, in their Guinness PRO14 clash at Musgrave Park in 2016

SCRUM-HALF Sean Kennedy, who grew up as a Munster fan, is to leave Edinburgh Rugby at the end of this season after spending eight seasons with the Scottish side.

Twenty seven-year-old Kennedy who, although born in Scotland, grew up in Limerick, has represented Scotland at under-20 level and played for the country's sevens team.

He also has had loan spells at Glasgow Warriors and London Irish.

Kennedy, who has been an Edinburgh player since 2011, has made 66 appearances to date for the Scottish side.

Talented half-back Kennedy grew up a Munster fan in Westbury, Corbally where he attended Scoil Ide. He played his under-age club rugby with St Mary's RFC.

Kennedy’s father Bernard is Irish and his mother Tracey is Scottish.

After moving to Scotland from Limerick, Kennedy attended Lornshill Academy in Alloa and took his first steps in rugby with the Alloa and Stirling County clubs.

He also represented Scotland at under-17, under-18 and under-20 level.