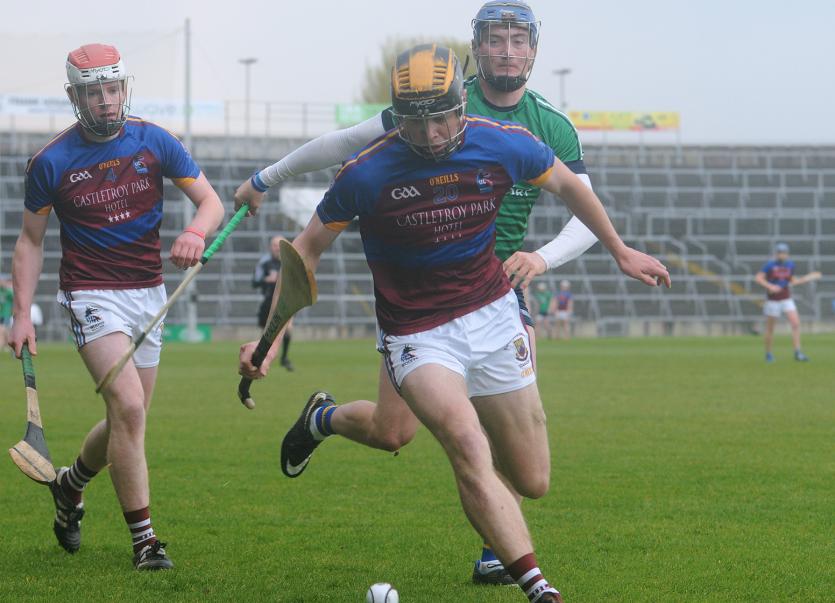 After weeks of drama, and at one point it looking like LIT could be awarded the title in the boardroom, this final was played out in fine sporting fashion.

UL powered to the winning line in the second half to end a run of successive finals losses in this grade.

UL were captained to the title by Monaleen's Conor Nicholas - injury prevented him from starting but he was introduced in the final minutes.

There were three Limerick men in the starting line-ups that had players from 11 different counties. All three Limerick players came from Mungret - Conor Flahive and Rory Duff with UL and Louis Dee with LIT, who introduced Shane Normoyle of Monagea as a sub.

After three weeks of drama surrounding this all-Limerick All-Ireland final, there was further drama in the Gaelic Grounds ahead of this final with LIT arriving onto the pitch at just 3.57 after doing their warm-up in their near-by Moylish Campus for the 4pm start.

UL were 1-7 to 1-6 ahead at half time - a half in which the sides were level on five occasions.

It was four points each after the end of the opening quarter with free-takers Billy Seymour (LIT) and Tommy O'Connell (UL) dominating the scoring.

Niall Brennan (UL) and Daniel Ryan (LIT) with the only early scores from play.

In the 19th minute, UL hit the front when Cathal Ruane crashed to the net after a pass from Joe Fogarty.

Seymour and O'Connell increased their tallies until LIT found the net in the 26th minute - Daniel Ryan's shot going into the net after UL's Bryan O'Mara.

But Joe Fogarty and Ciaran Comerford points ensured the interval lead for UL by one point.

After five first half frees Billy Seymour added a point from play after three minutes of the second half to tie up the game again.

UL were to find the next four scores to open a meaningful lead 2-10 to 1-7 with 12-minutes lapsed in the half.

UL found a third goal in the 50th minute - Oisin Flannery raising the green flag to ease the lead out to nine points.

With LIT totally reliant on Seymour frees, UL eased to the win with late points from Fogarty and O'Connell.