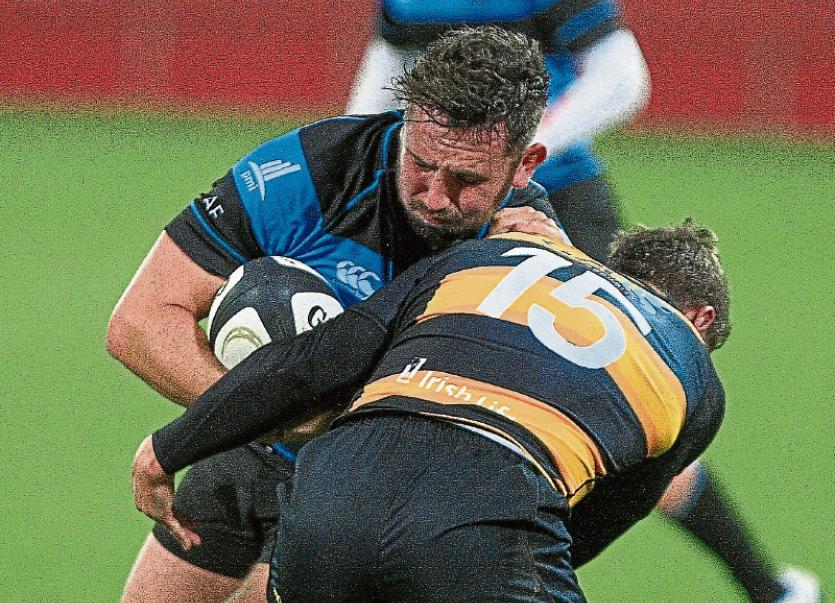 THE crucial penultimate series of All-Ireland League regular season fixtures kick-off this Friday night when Young Munster and Shannon face-off in a high stakes relegation clash at Tom Clifford Park, 8pm.
Rarely has a meeting between these two great local rivals been so highly anticipated, as Munsters' and Shannon look to take a giant step towards securing their All-Ireland League Division 1A status for next season.
Ninth-placed Shannon, following a one-point deduction, sit level on points with basement side Terenure with two games to go.
Shannon and 'Nure’ are both two points behind eighth-placed Munsters.

The side finishing bottom of 1A at the end of the regular season will face automatic relegation to 1B for next season. The club finishing second-from-bottom will need to win a relegation play-off in order to preserve their status.
While Young Munster have now lost seven of their last nine AIL fixtures, Shannon have suffered defeat in their last six league outings on the bounce.

Munsters' suffered a frustrating 10-13 defeat to UCC at the Mardyke last time out, while Shannon succumbed 12-18 to fellow strugglers Terenure on the back pitch at Thomond Park.

Following Friday night's derby, Shannon complete their programme of regular season games at home to Cork Con, while Munsters' travel to Terenure on the final day.

Also in 1A, fifth-placed Garryowen will look to keep their outside hopes of claiming a top four place alive when travelling away to high flying Lansdowne.
Meanwhile, in Division 2A, fifth-placed UL-Bohs will be looking to keep their outside hopes of making the  promotion play-offs alive when hosting basement side Galwegians at UL on Saturday, 2.30pm.
As well as securing a much-needed victory the Red, Red Robins will also be hoping that leaders Highfield can overcome fourth-placed QUB at Dub Lane.

Meanwhile in Division 2C, basement side Thomond's slim hopes of avoiding relegation back to junior rugby, faces a critical stage this Saturday as the Fitzgerald Park side host eighth-placed Bangor. This is a must-win fixture for Thomond who trail ninth-placed Tullamore by eight points, while the Royal Blues also sit eight points behind Bangor.

Also in 2C, third-placed  Bruff, well-placed in the promotion play-off race, face a long trip to City of Derry.