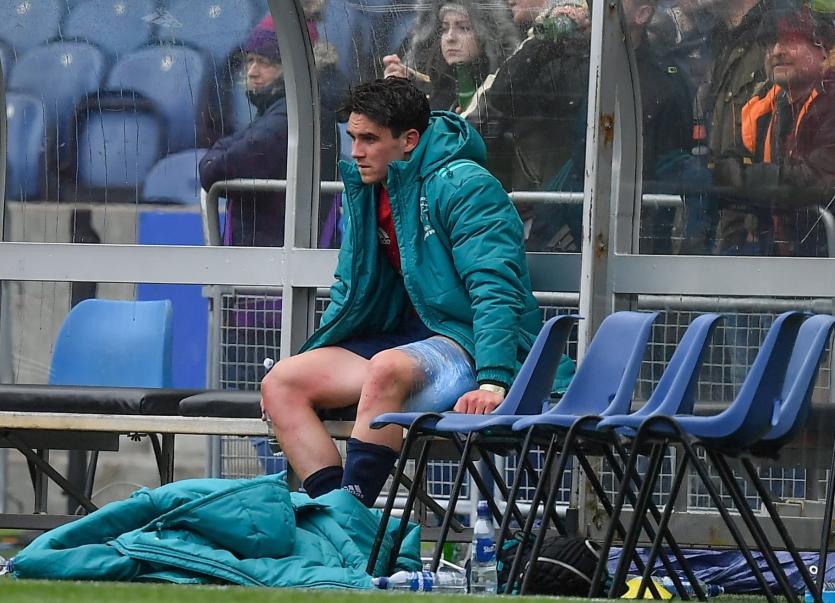 Ireland out-half Carbery had been out of action with a hamstring injury picked up in training before Ireland’s Six Nations match with Italy.

Munster head coach van Graan insisted Carbey was fit to start Saturday's last eight clash at Murrayfield. Carbery had to be replaced just 35 minutes into the weekend clash due to an issue with his hamstring.

Speaking at Munster's weekly press briefing at UL on Monday, van Graan said: "He (Joey Carbery) was perfect the whole week. He did everything that our medical team asked him to do. He trained the whole week, full out. There was no sign of anything.

"I think you saw the beginning of the game, he went up for that high ball, made his tackles, kicked a goal so there was no indication that something might happen, so from our side no regrets, there was no sign of anything, he was 100% confident that he was ready to go, so that's it."

Carbery is now in a race against time to be fit for Munster's glamour Heineken Champions Cup semi-final meeting with Saracens on Saturday, April 20 at Coventry's Ricoh Arena, 3.15pm.

Van Graan said it was still too early to say if the talented playmaker would be available for the game.

"Obviously, the fact that he came off in the first half is a big concern from our side. He will go through some more tests with our medical team today.

"I am not going to put a timeframe on it. He was out six weeks the previous time, it is difficult to say at this stage because it is a hamstring, whether it's worse or it is less, so we will just take it from day to day.

"Obviously, it is a big concern from my side, but I can say he will definitely not be ready for this weekend."

The Munster squad is this week preparing for a crucial Guinness PRO14 clash with Cardiff at Musgrave Park this Friday evening, 7.35pm.