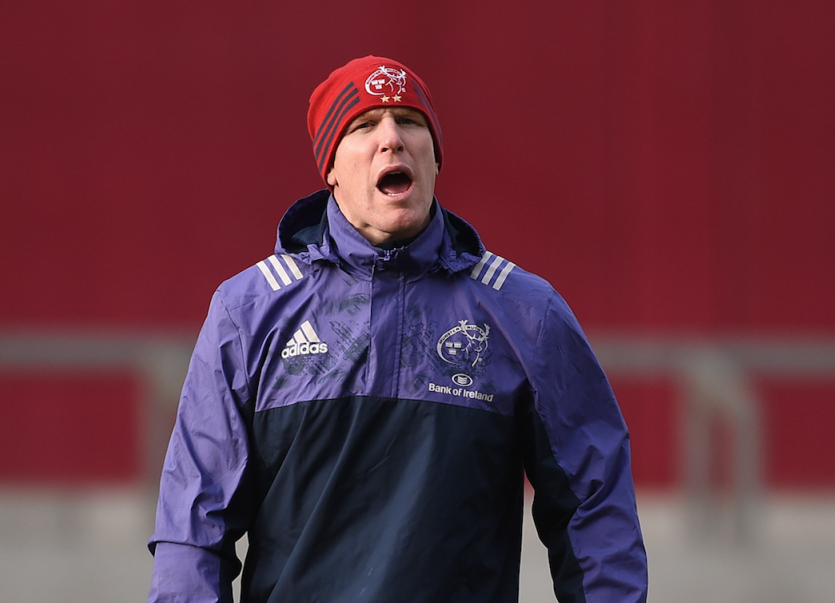 Paul O'Connell is set to leave Stade Francais this summer

FORMER Munster and Ireland captain Paul O'Connell is to leave his coaching position at French Top 14 club Stade Francais at the end of this season.

It was confirmed that Tuesday that Limerick man O'Connell will leave the French outfit this summer, just one year into his two-year contract with the Paris-based Top 14 side.

Thirty eight-year-old O’Connell has been working under former Springboks boss Heyneke Meyer at the Paris club, having left his role in Ireland's Under-20s set-up.

Fellow-Limerick man Mike Prendergast, currently the attack coach at Stade Francais, has been linked with a move to Toulon this summer.

In a statement issued this Tuesday, Stade Francais revealed that it had been 'decided by mutual agreement not to renew their collaboration (with Paul O'Connell) next season.'

O'Connell indicated that he does not intend to coach with another club next season.

In a tweet on the Stade Francais twitter account, Paul O'Connell confirmed: "I have decided not to stay beyond my contract year with the club and do not plan to join another club next season either.

"I had a great adventure at the Stade Français Paris. I am grateful to the club for the opportunity they gave me to live and work in Paris. I was delighted to be able to work alongside Heyneke Meyer, the staff and all the club's players.

"Finally, I am looking forward to the end of the season and I hope to be able to help the club during the eventual finals of the Top 14. "