Limerick Senior footballers narrowly lose out to Wexford in NFL 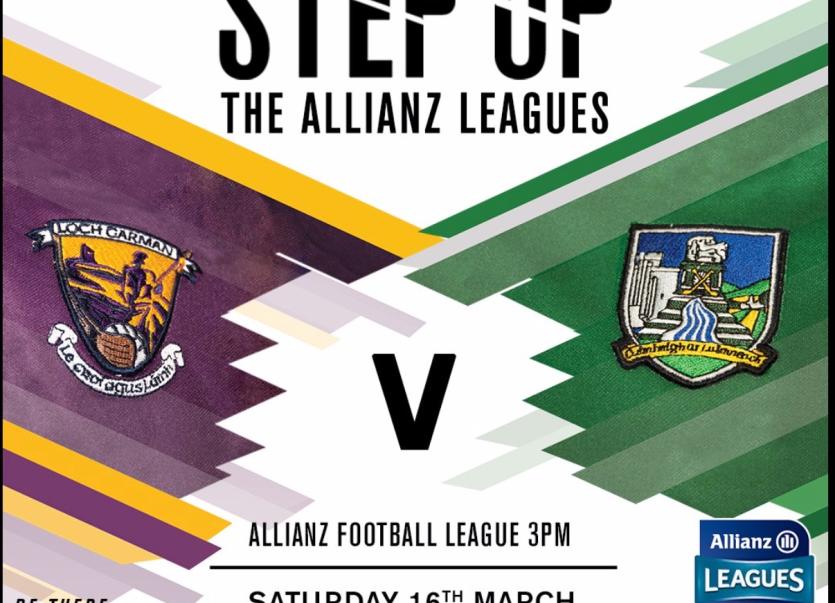 For the second time in this season’s National League, Limerick were edged out of a deserved draw in the closing seconds of added time. Unlike the game in Kilmallock where a defensive error gave Leitrim a breakaway point, Saturday’s clash in Wexford Park (WEXFORD 0-14 LIMERICK 1-10) ended with sub Seán McSweeney shooting wide after taking a spectacular mark.

It was a cruel outcome for Billy Lee’s side who, after turning over five points behind after playing into a gale, showed far greater ambition as they dominated the second half.

Even more remarkable was their gritty response when the scoring dried up against a packed defence and they were then hit three times on the break as the Model side stretched their lead by six with just eleven minutes to go.

But showing a spirit and belief that had been absent for a few years, they pinned their opponents back, found the game’s only goal and kept up the offensive until the clock ran down.

Recovering from shock setbacks against Waterford and London, the hosts had an edge to their finishing that their opponents couldn’t match as Jonathan Bealin and Conor Devitt chalked up nine scores between them.

However, apart from one early chance, they never look liked finding the net while Limerick, apart from their goal, had two shots stopped on the line and another shaving the wrong side of the upright.

Struggling against the wind early on to get out of their own half, Limerick fell behind to Eoghan Nolan’s first minute opener which he then followed up from a ‘45’ before Peter Nash replied from a free. However, Wexford hit back with a pair from Bealin and could have opened clear water when Kevin O’Grady collected Brian Malone’s handpass but his point blank blazed just over.

After Bealin and Nash swapped frees, Nash’s shot was saved by Matt Doyle and Devitt finished the break from the back with a point. Iain Corbett struck Limerick’s first from play but Devitt and Nolan’s ‘45’ stretched the gap before Corbett shot over his second before Niall Hughes and Jamie Lee’s reply left the Model leading 0-10 to 0-5 at
half-time.

Devitt struck again straight from the restart before a clinical Limerick attack ended with Cillian Fahy’s point-blank shot deflected over the bar. After Nash blasted another goal chance inches wide, he found the target from out on the wing before Lee and Bealin exchanged frees.

Limerick failed to score as Wexford packed back and were caught on the break by another Bealin free and Devitt. Séamus O’Carroll broke the run and Limerick were back from the dead when Seán McSweeney drove
low to the far corner off a breakway attack.

Scenting victory, they pressed forward for an unlikely comeback but efforts from distance drifted wide as the Wexford blanket held until Corbett, deep into injury time, had his shot blocked on the line. McSweeney sent over the free but then, after doing all the hard work, failed to convert the mark.

Limerick now host Antrim in the final game of the league, this coming Sunday March 24 at 1pm in Newcastle West