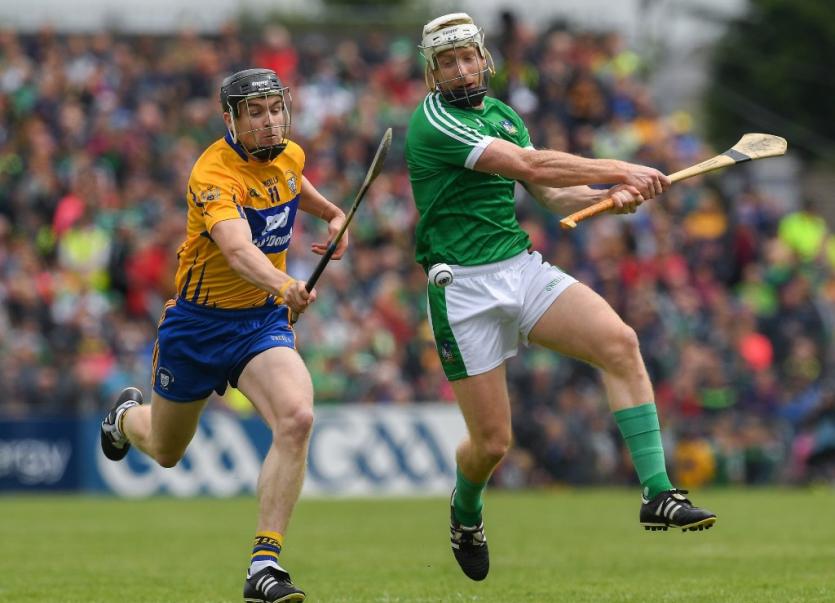 CLARE are protecting an eight game winning run in Cusack Park in Ennis ahead of Sunday’s arrival of the All-Ireland champions Limerick.

Last June, Clare were the only side to beat Limerick as the men in green and white were on their way to Croke Park All-Ireland glory.

Such is the impressive home record of Clare in Ennis, Waterford in a league game of March 2017 are the only side to claim victory in eleven games that the men in saffron and blue have played during the three year management reign of Donal Moloney and Gerry O’Connor.

Limerick have lost their last two games in Ennis – the 2018 Munster SHC tie and a winner-takes-all league game in 2016.

“Limerick and Clare, no matter which team is going really well, it takes on a life of its own. It’s a derby and there’s never anything between the teams,” Clare joint-manager Gerry O’Connor told media after his side’s win over Wexford last Sunday in Ennis.

“The way the league table is going it’s probably a must win game for us, so we’ll be looking to put in a top class performance,” stressed O’Connor.

“A lot of the lads play together for UL and LIT and so on, so that’ll add to the bite and competitiveness. Limerick is going to be a huge challenge.”

Clare built up a big lead in the win over Davy Fitzgerald’s side but Wexford battled back strongly.

“We’ll have to look at where the dip in performance came from and to improve on that. You can’t go that length of time without scoring against Limerick. Mentally we might have switched off but you can’t give a team 1-8 like we did and be hanging on for the last 10 minutes. There’s something there definitely to work on because this is the third week in a row we’ve struggled in the final quarter. It’s something we have to look at in training,” outlined the manager.

Ahead of the final group game, Clare have beaten Kilkenny and Wexford – both in Ennis, while they lost on their travels to Tipperary and Cork.

The ‘Banner’ could lose to Limerick and still reach the quarter finals but will be anxious to maintain their unbeaten home record and also to keep progress in the league in their own hands.

Like all counties, Clare’s management, which includes Cappamore native Liam Cronin, have given starts to some fresh faces in the four league games to-date – former Ardscoil Ris Harty Cup hurlers Diarmuid Ryan and Ian Galvin among them.

In recent times they have included Aron Shanagher, Seadna Morey and Oisin O’Brien in their matchday panels and some of this trio could be set for their first game time against Clare after lay-offs.

Also in contention for the Limerick game are Colin Guilfoyle and Gary Cooney, who missed the Wexford game due to their Fitzgibbon Cup duty with Mary Immaculate College.

Captain Patrick O’Connor made his first appearance of the season in last weekend’s win over Wexford, a game that saw John Conlon pick up an ankle injury.