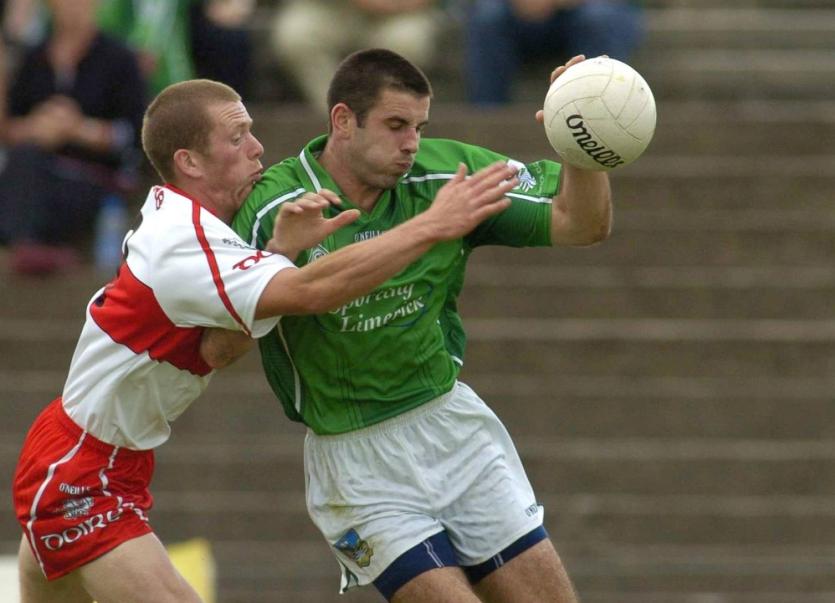 LIMERICK and Derry meet in the Allianz Football League for the first time since 1992 this Saturday.

Twenty seven years ago the Oak Leaf County came to the Gaelic Grounds during a campaign where a league reformat took place to re-grade all counties for the following season.

The Eamonn Coleman managed men in red and white were 1-14 to 1-8 winners in the Gaelic Grounds back in ‘92 on their way to a top of the table finish. The John O’Keeffe coached Limerick finished at the foot of the table but had a number of credible displays including the loss to Derry, who started with nine of their team that won win the All-Ireland SFC title the following September.

Fast forward to 2004 and 2005 and Limerick and Derry met again – this time All-Ireland SFC Qualifiers.

Billy Lee was a selector in that Kearns’ management and current selector Seamus O’Donnell was goalkeeper.

This Saturday (1pm), Lee faces Derry once again in the Gaelic Grounds.

The Ulster men come with a 100% record as they bid to win automatic promotion out of the basement division after three relegations in four years has seen them drop from a 2014 league final defeat to Dublin to Division Four.

“It was a huge performance by the lads and I don’t think in my three years here I have seen a performance of that character - it was the best performance we have seen from this group of lads,” said the Newcastle West man.

“We probably dominated the game and controlled it but it just wasn’t to be - they have come on in leaps and bounds and they will come on more if they can just grasp what they did today. If they perform at that level week-in, week-out there is only one direction they are going,” he outlined.

”We have to get up to that level (Leitrim display) week-in, week-out it’s only a matter of time before these lads pull themselves out of this division but it’s about repeating it now,” he stressed.

Lee was content his side had learned lessons from the loss to Wicklow.

“Whatever happened when they (Wicklow) got a goal to go up, whatever happened in our heads we just crumbled and we had them conversations and laid down the challenge to the boys and I think they certainly grasped that nettle and showed us today what they are capable of doing.”

He added: “Compared to the performance against Leitrim last year, we have certainly jumped a lot of hurdles and moved on up. The experience they had last year, it’s very hard to explain it to people. It’s massive what they had to undergo when the seasoned leaders of the panel had gone and fellas had to try and fill that void without knowing what that entailed”.

“​We have three more matches to play and we will play them and take them on their merits.  These lads are building huge character and huge application.”

After this Saturday, Limerick play away to Wexford on Saturday March 16 and then have home advantage against Antrim on Sunday March 24.