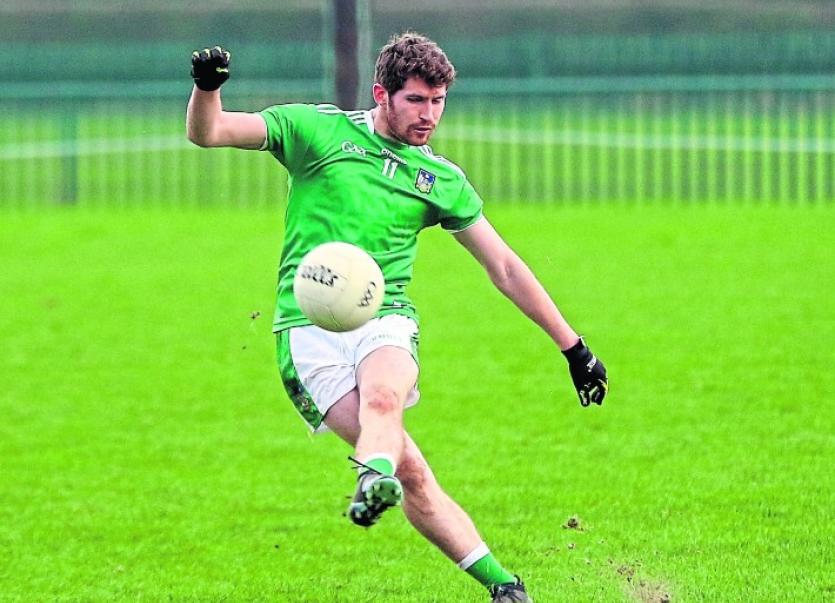 LIMERICK were denied an Allianz Football League win this Saturday afternoon when Leitrim found a late late winner in Kilmallock.

The sides were level for the fourth time and looked set to finish level when sub Gary Plunkett popped up with the Leitrim winner in the third minute of injury time.

The win leaves Limerick with a 50% record - two wins from four outings.

But Leitrim continue on their push towards promotion with another late winner ensuring Terry Hyland's side remain unbeaten.

Next up for Limerick is Derry next weekend.

Despite defeat there were positives a plenty for Billy Lee's Limerick in this one point loss.

Limerick were aided by the breeze in the opening half and led 0-7 to 0-5 at half time with all seven points coming from play from six different players.

But there were at least four goal chances for Limerick in the half which were to prove costly.

Leitrim made the early running and led by two points before Jamie Lee opened the Limerick account in the 16th minute.

A super save from Diarmuid McKiernan denied Adrian Enright a Limerick goal in the 21st minute but the game was level, 0-3 each by the 27th minute with Lee and Enright points for the home side.

This was Limerick's best period and a run of four scores had them 0-5 to 0-3 ahead with half time approaching with a superb Cillian Fahy point the highlight.

Colm McSweeney and Peter Nash had the Limerick tally up to seven point by the 34th minute in a half the teams evenly shared 10 wides.

Just like the opening half, Leitrim were first to settle on the resumption and were 0-9 to 0-7 ahead but again Jamie Lee reopened the Limerick scoring in the 15th minute of the new half.

Nonetheless when sub Sean McSweeney pointed the game was tied again, 0-9 each and 20-minutes to play.

Leitrim regained the initiative and moved 0-11 to 0-9 ahead with 21-minutes played.

But the Connacht men were to score just once more - 17-minutes later and it was the winner in injury time.

Limerick made a number of substitutions, including a debut for Ronan Lynch, and a Sean McSweeney free and a fisted point from wing back Colm McSweeney had the game level, 0-11 each, with six minutes to play.

Both sides had chances to win it before the Plunkett winner for the visitors to south Limerick.