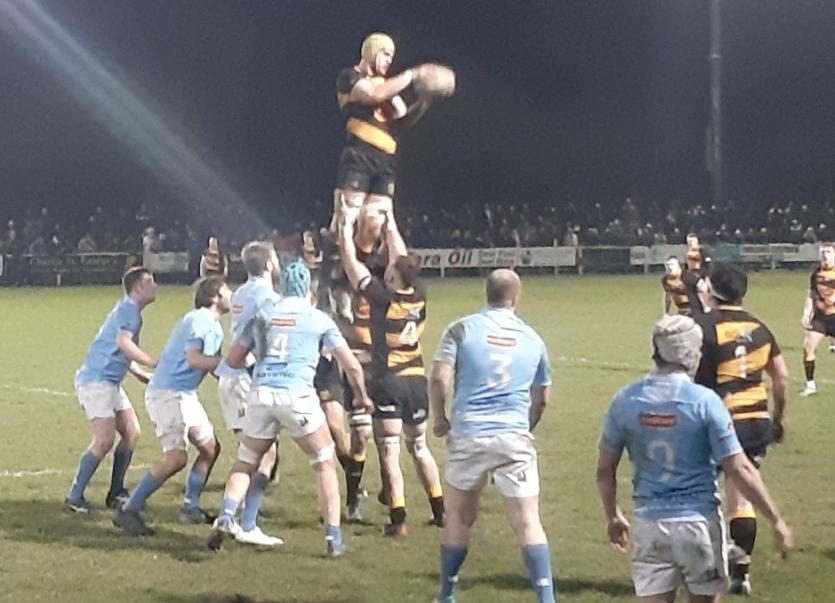 YOUNG Munster edged past local rivals Garryowen 12-10 at Tom Clifford Park on Friday night to boost their survival hopes in Division 1A of the All-Ireland League.

Munsters' first league win since October saw the eight-placed Greenfields side move out of the relegation zone until Saturday evening at least.

A run of eight defeats and a draw in their previous nine fixtures had left Munsters' in the relegation play-off position prior to kick-off. However, a resilient showing from the home side saw the Black and Ambers score a deserved derby victory.

Garryowen got off to the better start when centre Peader Collins dotted down for a 13th minute try. Collins also converted to help the visitors into a useful 7-0 lead.

Back came Young Munster and two penalty goals from the boot of full-back Alan Tynan drew the home side to within one point of their opponents, 6-7, after 32 minutes.

However, the Light Blues, who had won six of their seven previous AIL fixtures, failed to score in the second period as Munsters' held the upperhand in terms of territory and possession.

The gusto with which the home supporters cheered the Munsters' players off the pitch at full-time and with which the club anthem was sung in the winning dressing room demonstrated just how important this victory is.

Despite the defeat, play-off chasing Garryowen moved up to third place in the table after collecting a losing bonus point from the fixture.