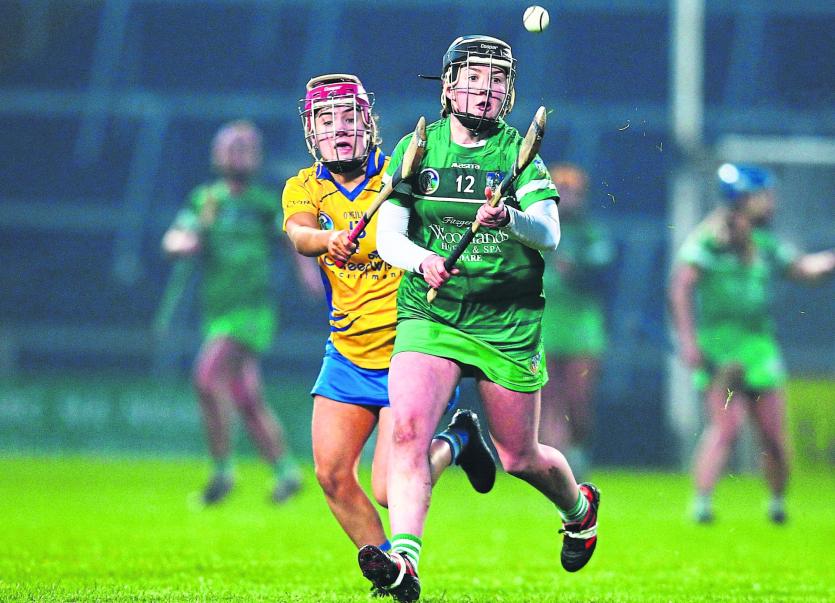 LIMERICK have booked their spot in a fifth successive camogie league semi final.

Ahead of this Sunday’s final round group games, Limerick, Kilkenny, Cork and Galway have progressed to the March 10 semi finals as luck would have it the quartet are paired together this weekend.

It’s another Gaelic Grounds hurling and camogie league double-header. 2018 All-Ireland finalists Kilkenny face Limerick at 12.15 in the camogie curtain-raiser to the Allianz Hurling League tie between Limerick and Cork at 2.30.

Both Limerick and Kilkenny arrive in the Gaelic Grounds with 100% records after wins over Clare, Offaly and Dublin.

“Performances have improved week-on-week and that’s what we are looking for. We didn’t set out with any particular league target but we knew if we ticked all our own boxes that we would be there or there abouts,” said Nash.

With Cork or Galway awaiting in the semi finals, Limerick face two of the top teams in the country in the coming weeks.

“We will be playing two of the top teams in the country and what better preparation could you ask for at this time of the year,” said Nash.

The girls in green and white have beaten Kilkenny and indeed Cork in the group phase of the league in recent seasons but defeat has been Limerick’s lot in four successive semi finals.

“It can be hard to gauge teams at this time of the year and who will be in their team or not in their team so we are more concerned about our own performance and see where that takes us. We only set targets by the week,” said Nash of the Kilkenny tie on Sunday.

Limerick are hoping to welcome back Laura O’Neill and Muireann Creamer who missed out last weekend against Dublin.

Roisin Ambrose will be absent but Rebecca Delee will be in the panel – it will be a busy weekend for Delee who faces a 600km round-trip to Fermanagh on Saturday.

Two weeks ago Limerick beat Clare in the Gaelic Grounds and Nash said that the experience of playing ahead of the Allianz Hurling League was most worthwhile.

“Any time that you get to play in the Gaelic Grounds is great. All the girls enjoyed it and there was a nice crowd in by the final stages of the game and I think maybe there were a bit surprised by the intensity and skill of the game so hopefully a few more will be in early on Sunday,” said Nash.

The wide open spaces and top quality surface certainly benefited Limerick in the impressive win over Clare, but Nash feels it will be a level playing field on Sunday.

“A ground like that will suit the best teams and I am sure Kilkenny will enjoy it too,” said the Limerick manager.

Come the March 10 semi finals, Limerick will be bidding to reach a first league final since 2002. Limerick also appeared in league finals in 1978 and ‘77 but have never won the title.

While Division One of the Littlewoods Ireland Camogie League is down to the final round, Division Three commenced last weekend with a 2-10 to 0-13 defeat to Clare for Limerick in Meelick.

This Sunday (2pm), round two takes Limerick to Kildare GAA’s Hawkfield Centre of Excellence to play the home county.