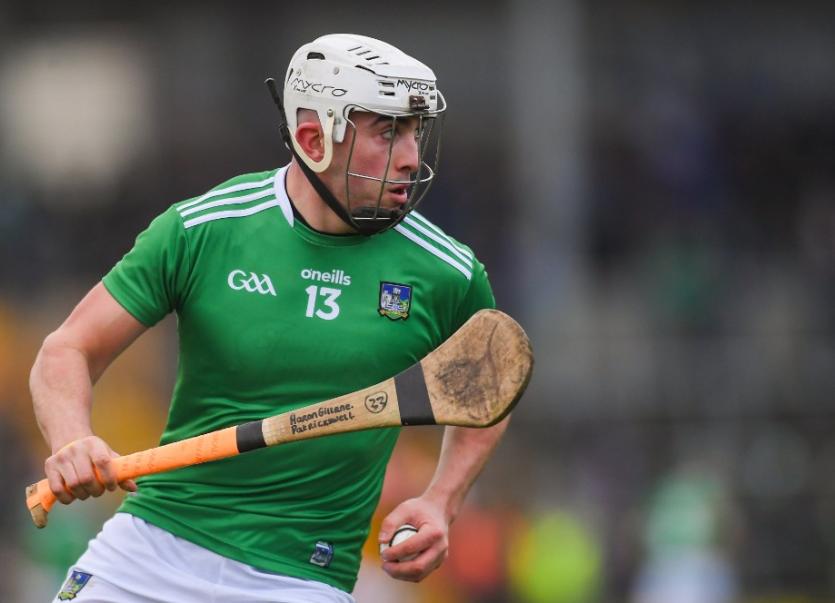 LIMERICK hurling scoring sensation Aaron Gillane is to be rested for next Sunday’s Allianz League tie with Cork.

The Patrickswell man has scorched a combined 1-23 as Limerick extended their unbeaten start to the league out to three points with Sunday's scalp of Kilkenny.

But Limerick manager John Kiely has confirmed that Gillane won’t be involved when ‘The Rebels’ come to the Gaelic Grounds next Sunday at 2.30pm.

Next Saturday, Gillane and his Mary Immaculate College team-mates bid to ensure the Fitzgibbon Cup title remains in Limerick for a fifth successive year.

Just like he did last season, Kiely won’t ask players to double-up on college and county commitments in the one weekend.

That means that Paddy O’Loughlin will also miss the Cork tie – the towering Kilmallock man started wing back in the nine point win over Kilkenny.

O’Loughlin is the only Limerickman in the UCC side that will bid to halt Gillane and Co - Thomas Grimes (Na Piarsaigh) and Sean Hogan (Adare) join Gillane in the Mary Immaculate panel.

Limerick have given league starts to 24 different players in the wins over Wexford, Tipperary and Kilkenny and with at least two changes to face Cork, the squad rotation looks set to continue.

Twenty seven different players saw action as Limerick lifted the Liam MacCarthy Cup last September after an eight game campaign. Eight of this group are yet to see 2019 action with Na Piarsaigh duo Mike Casey and William O’Donoghue set for returns in the coming weeks.

Ahead of games against Cork and Clare over the next two weekends, Limerick are already all but assured of a March 9/10 quarter final spot – against one of the Division 1B sides, where Galway, Waterford and Dublin are most high-profile opponents.

Limerick’s team to play Cork won’t be named until after training on Friday night but Declan Hannon, Cian Lynch, Tom Morrissey, Gearoid Hegarty and Seamus Flanagan will all be back and available for selection in a repeat of last year’s All-Ireland semi final.