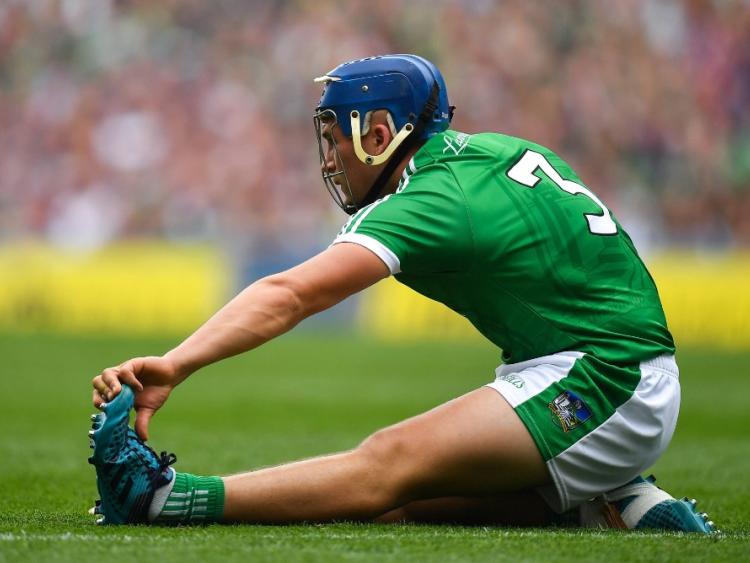 ALL-IRELAND winning full back Mike Casey remains on the sidelines injured and will miss Limerick's trip to Kilkenny in the Allianz Hurling League this Sunday.

The Na Piarsaigh defender is the only member of the All-Ireland final day team yet to see league action and he remains out injured.

Browne and McCarthy are both battling back from cruciate ligament operations.

"We still have the on-going injuries - David Reidy, Mike Casey and William O’Donoghue are all still carrying a few knocks and they are all nearly there. They will all be back in full training next week or in the near future - they are rehabing at the moment," confirmed Limerick manager John Kiely to LeaderSport.

Limerick have used 23 players out of a panel of 42 in the two league games to-date and look set to reshuffle their deck again for Sunday’s trip Noreside.

The Limerick team will be named after training on Friday evening.

Panelists Aaron Gillane and Paddy O'Loughlin remain involved in the Fitzgibbon Cup, while Kyle Hayes, Ronan Connolly and Mikey O'Brien have U-21 club commitments at present.

Young Hurler of the Year Hayes could be set for a first start – the centre forward was introduced as a substitute two in the previous round win over Tipperary.

Hurler of the Year Cian Lynch and the suspended Seamus Flanagan were also absent from that starting team that beat Tipperary and could be set for returns to the line-up.

"We played Dublin in the Gaelic Grounds and it was great to get game time into lads that haven’t got an opportunity in the league so far - it was a great exercise," said Kiely.

Sunday (2pm) in Nowlan Park will  be the first league meeting of Limerick and Kilkenny since 2010.

Limerick's Nickie Quaid, Tom Condon and Graeme Mulcahy are in line to add to their previous Kilkenny league ties.