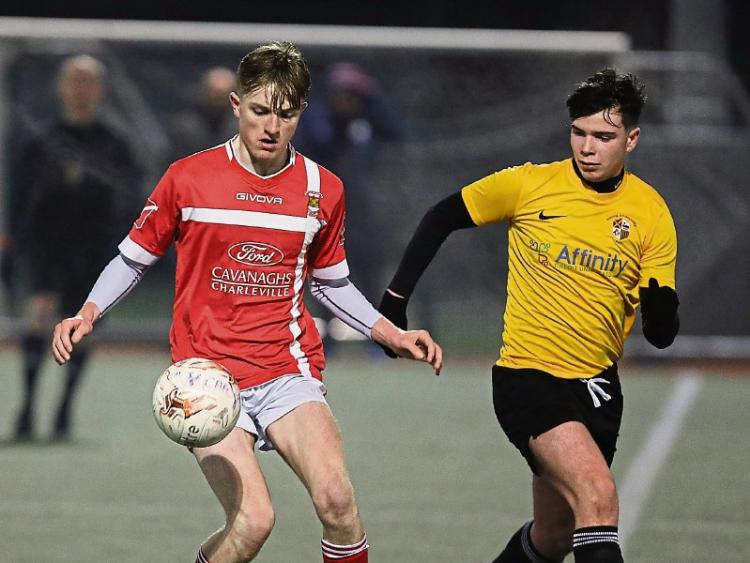 Limerick's representative youth team travel to meet Carlow DL on Saturday in the Inter County Youth Cup vying for a place in the last eight.

The youths, under the guidance of Martin Sugrue, won their opening game beating Galway 3-2. The westerners beat Carlow 5-2 in their second game meaning unless Limerick go down by two goals they are already guaranteed a place in the last eight.

A victory should ensure home advantage in the next stage.

Limerick's continuation in the FAI Junior Cup will also be decided this weekend when our two remaining sides put their aspirations on the line.

On Saturday, Aisling Annacotty travel to take on Ballymun United of the Leinster Senior League.

The Dublin side defeated BT Harps to reach Round seven and their history in the competition will make them a difficult proposition.

Aisling's focus on youth has been paying dividends and there is some serious talent emerging in the club.

On their day Mike Aherne's side are capable of beating anyone but they can also fall into the trap of playing to the opposition's tune.

By their own admission their performance against Newport in the previous round was well below par and a repeat against the Dubliners would see them exit the competition.

That said, if they play to their potential they have nothing to fear.

On Sunday, Regional Utd host Tramore in Dooradoyle. The Waterford side have two good scalps under their belts having defeated Athenry and Willow Park in the last two rounds. This would suggest Regional are in a real fight to make the quarter finals.

The Dooradoyle side have been a revelation this season and despite losing a couple of players, have still been in fine form. They saw off St Pauls from Dublin last time out with a late extra time goal.

Regional's insistence on a slow game from the back deprives them of the element of surprise which is a shame considering the speed they possess in Willie Griffin and Evan Cusack, but they are effective and with a solid defence and goalkeeper they will always be hard to beat.

Confidence is high in the club and you feel it will take a very good team to stop them.

Prospects delayed Munster Junior Cup 4th Round with Pearse Celtic resumes on Saturday afternoon. An injury to one of the Cork lads saw the initial game abandoned with the sides locked at 1-1.

Derek Braddish will have had the opportunity to run the rule over the opposition and will have his side well prepared for the game.

Pike Rovers have the opportunity to take over top spot in the Premier League if they can win in Kilmallock.

The ‘Hoops’ had a good week, beating Fairview to reach the Tuohy Cup final and followed that up with a big win over Charleville. Kilmallock carried an understrength side to meet Ballynanty Rvs last weekend and paid the price conceding six for their trouble.

A win for Ballynanty Rvs would leave them just three points behind the leaders and after a poor patch it will give the ‘Blues’ added incentive as the season powers on.

They will host Geraldines while the other Premier tie sees Nenagh at home to Fairview Rangers.

The three main contenders battling it out for promotion in Division 1A are in action on Sunday. Leaders Mungret Reg host Holycross, second placed Moyross face a difficult task at Athlunkard Villa while Coonagh Utd take on Murroe.

Division 2A leaders Hyde Rgs will win promotion if they can avoid defeat at an in-form Patrickswell side with Star Rvs visiting Caledonians knowing a win will make them unbackable favourites to join Hyde as promotion winners.