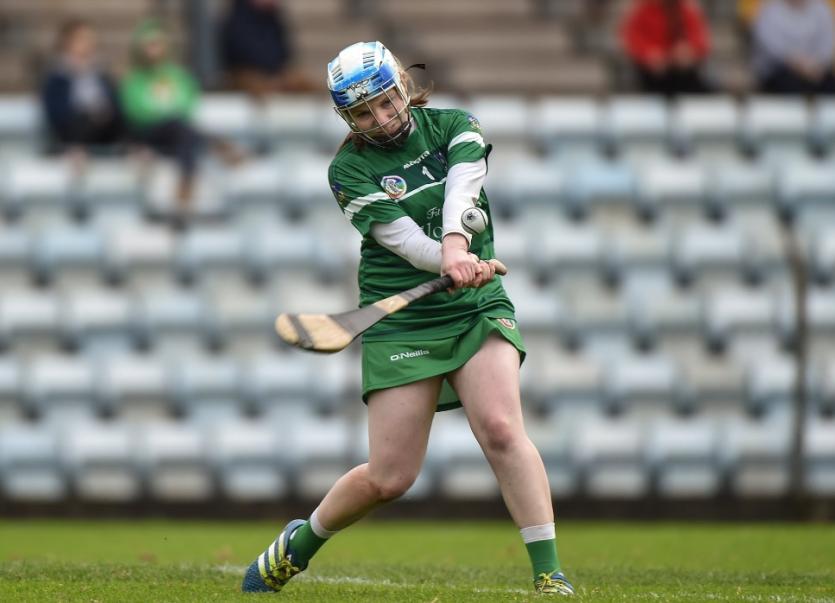 LIMERICK maintained their winning start to the Littlewoods Camogie League with a 1-14 to 0-10 win over Clare this Saturday.

There was a little bit of history to the round two contest, which was played as a curtain-raiser in the Gaelic Grounds to the Limerick-Tipperary Allianz Hurling League game.

Limerick powered to the win in the second half - out-scoring Clare 1-7 to 0-3.

Next up for Limerick is a round three trip to Dublin.

It was all-square 0-7 each at half time

Limerick started on top but then scored just one point in the final 17-minutes of the opening half.

It was a half when just two of the Clare scores came from play, while Limerick scored just one from a free.

It was 0-3 to 0-1 to the home side inside five minutes with the half forward trio of Caoimhe Costelloe, Deborah Murphy and Caoimhe Lyons all on the mark after Clare had opened the scoring.

But The Banner were soon ahead with four successive scores from free-taker Amy Keating.

Back came Limerick with Karen O'Leary and Niamh Mulcahy on the mark for a 0-6 to 0-4 lead with 13-minutes gone.

Clare had further Keating scores and a late score from Fiona Lafferty to edge them ahead before Niamh Mulcahy tied up the contest at the break - the fifth time the sides were level.

Mairead Scanlon edged Clare back in front on the change of ends but Limerick then found a run of scores to open up the first four point lead.

Mulcahy had two frees before a Limerick goal - Sophie O'Callaghan kicking to the net from close range after a clever pass from Murphy put the Adare full forward through.

It was soon six-in-a-row for Limerick.

Caoimhe Lyons was upended for a penalty and Mulcahy opted for a point.

Goal-scorer O'Callaghan and Mulcahy added points from play and Limerick were 1-12 to 0-8 clear entering the final quarter.

Limerick's half back line were on top all through and Rebecca Delee broke forward to add point no13.

Finally Clare got back on the scoresheet with a Keating free ending 23 barren minutes for the visitors to the Gaelic Grounds.

Mulcahy hit back with her eighth of the game and it fell to Clare to see out the scoring but there was no denying Limerick the win.