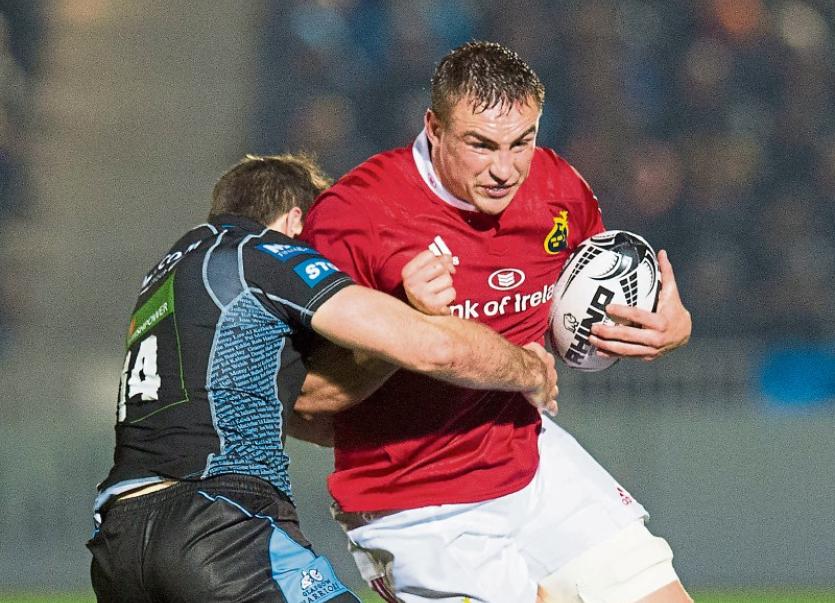 MUNSTER have confirmed that back-row Tommy O’Donnell will attend a specialist this week for an opinion on the need for surgery on his shoulder injury.

Munster report no new injury concerns following Saturday’s Guinness PRO14 victory over the Dragons at Rodney Parade which kept Johann van Graan’s side top of the Conference A table.

Sammy Arnold suffered a leg injury in training last week and will be managed by the medical department.

Alex Wootton suffered a concussion while in action for Garryowen against Shannon in the All-Ireland League on Friday night and will follow the return to play protocol under the supervision of the medical department.

Chris Cloete is being managed by the medical department after a minor aggravation of his recent neck injury and is expected back to play in the next few weeks.