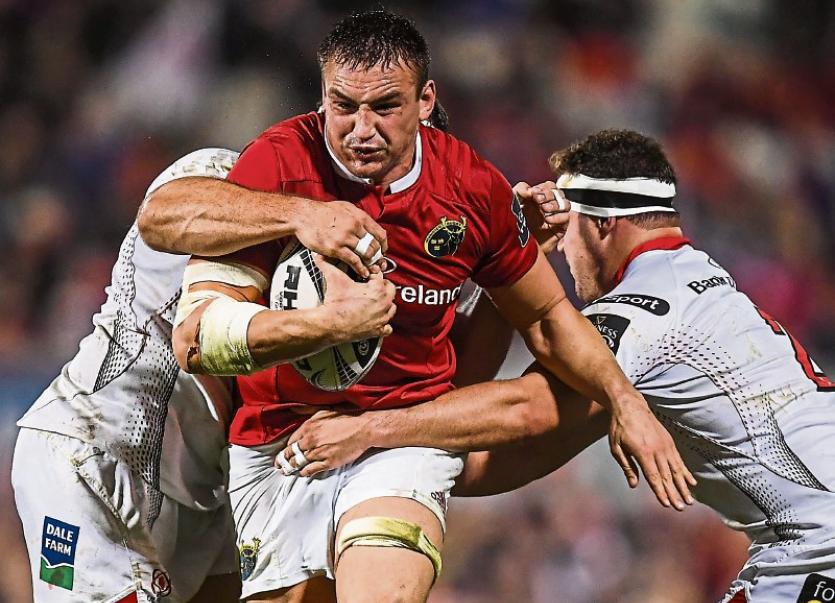 MUNSTER back-rower Tommy O’Donnell is facing a spell on the sidelines after injuring his shoulder in Saturday’s Heineken Champions Cup win over Exeter Chiefs at Thomond Park.

O’Donnell was removed from the pitch at half-time with a left shoulder injury. He has been assessed by the Munster Rugby medical department and awaits specialist review for further management.

The Munster squad returned to training at the High Performance Centre at UL today, Monday, ahead of Saturday’s Guinness PRO14 clash against Dragons at Rodney Parade, 3pm.

The IRFU revealed on Monday morning that, following a scan, versatile forward Tadhg Beirne has been ruled out of the opening two rounds of Ireland’s Guinness Six Nations campaign.

Andrew Conway picked up a knock during Munster’s Round 6 Heineken Champions Cup win over Exeter Chiefs. Conway is unable to train this week but will be fully fit to train next week.

Sixteen senior and Academy players were in All Ireland League action at the weekend.