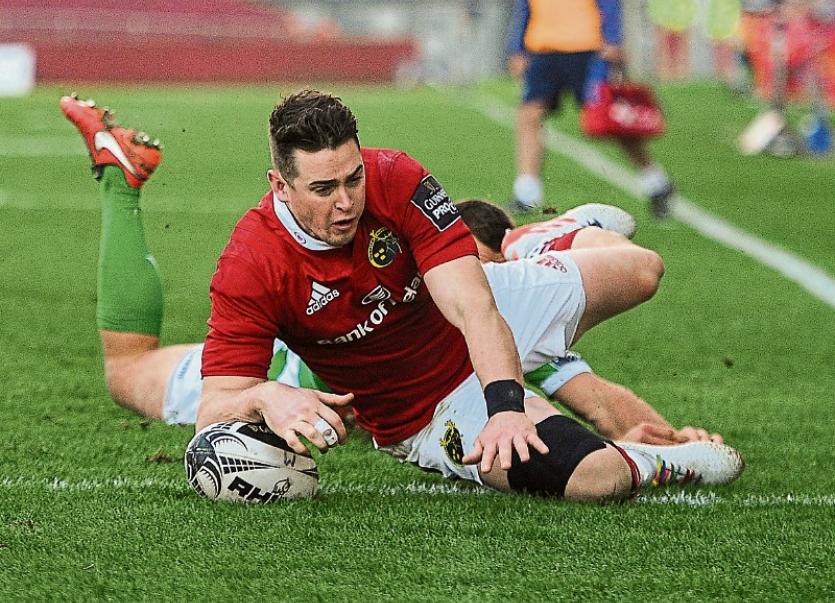 MUNSTER head coach Johann van Graan has made 13 changes to the side which defeated Exeter in the Champions Cup last weekend for this Saturday’s Guinness PRO14 clash with Dragons at Rodney Parade, 3pm.

Tyler Bleyendaal captains the team from inside centre with full-back Mike Haley and lock Jean Kleyn the only starters from the Exeter clash to keep their places.

Darren Sweetnam and Ronan O’Mahony are named on the wings with Bleyendaal and Dan Goggin forming the centre partnership.

Alby Mathewson and Bill Johnston are named in the half-backs.

Jeremy Loughman, Rhys Marshall and Stephen Archer pack down in the front row with Archer making his 180th appearance for the province.

Kleyn and Billy Holland start in the engine room with a back row of Fineen Wycherley, Conor Oliver and Arno Botha completing the side.

Prop Liam O’Connor is in line to make his first PRO14 appearance of the season after recovering from a long-term knee injury with Academy man Gavin Coombes also among the replacements.