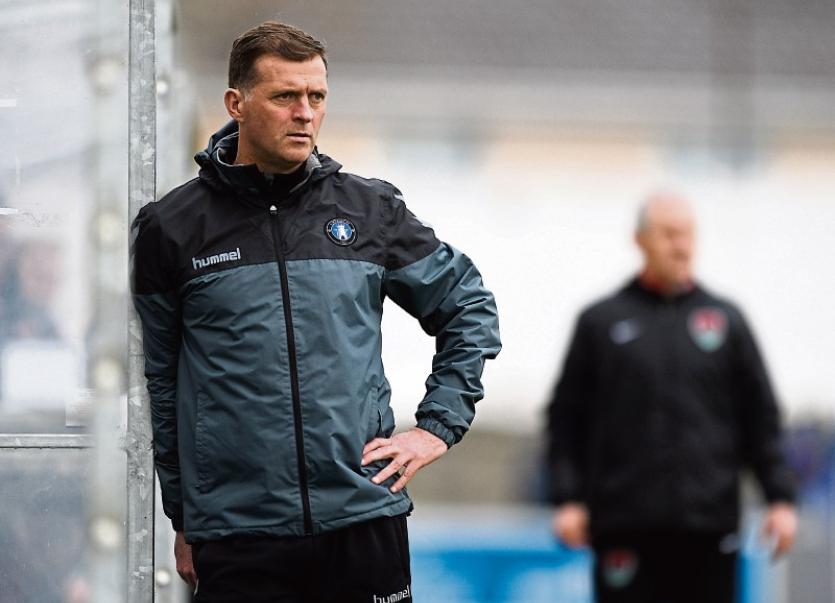 LIMERICK FC have confirmed that Academy Director Willie Boland has left the role with the club.

Forty three-year-old Boland, who has been assistant manager to Tommy Barrett, also served as Limerick FC’s first team manager on an interim basis in April 2017 following the departure of Martin Russell. The club later appointed Neil McDonald to the manager’s role on a full-time basis.

Boland was appointed as Limerick’s Academy Director in 2015.

Former Rep of Ireland ‘B’ international Boland had enjoyed a successful playing career in England spanning 17 years, as a midfielder with Coventry City in the Premier League, Cardiff City – where he made over 200 appearances – and Hartlepool United. He also had a brief stint at Limerick in 2010 after coming out of retirement.

He subsequently had been coaching Middlesbrough Academy Under-14s and Hartlepool College.

Limerick FC Academy Committee confirmed that Gary Manning will assume the role of Head Of Youth Development on the Interim basis ‘with a full time appointment to be made later in the year.’

Limerick FC Academy Committee, via twitter, expressed ‘our sincere thanks to Willie Boland for his efforts for the past number of years, and wish him continued success in his future endeavours.’

Limerick FC Academy also announced the formation of a new Academy Committee which will be responsible for the running of the Academy going forward.