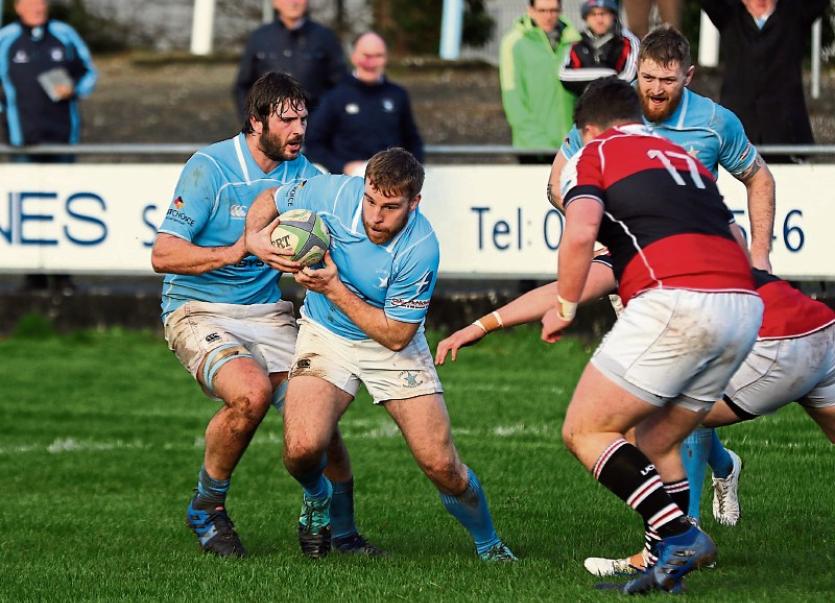 SHANNON recorded a priceless win on a day when both Garryowen and Young Munster suffered frustrating defeats in Division 1A of the All-Ireland League.

Tom Hayes’ Shannon side defeated UCC 24-20 in Belfield to complete a precious home-and-away double over the students this season. The win sees Shannon move up to fifth place in the table, just a point behind fourth-placed Garryowen who occupy the last of the play-off spots.

After trailing 3-6 inside the opening quarter, Shannon turned their fortunes round to lead 17-6 at half-time, thanks to tries from Eathon Moloney and Jack Stafford, while Ben Daly kicked a penalty goal and two conversions.

UCD hit back with a pushover try in the 58th minute which was also converted for 17-13.

Shannon added their third try 12 minutes from full-time from Pa Ryan, with Daly’s conversion making it 24-13.

The home side managed a converted try in the final 10 minutes to secure a losing bonus point.

Meanwhile, at Dooradoyle, Garryowen had their four-game winning run ended in Dooradoyle when the Light Blues suffered a 22-23 defeat to UCC.

Garryowen, who had Munster hooker Mike Sherry in their starting line-up, managed two first half tries through Diarmuid Barron, while Jamie Gavin added a conversion although the visitors led 13-12 at the interval.

The second half produced another tight 40 minutes. Garryowen regained the lead 15-13 with a Peader Collins penalty.

The see-saw nature of the scoring continued when UCC grabbed a converted try from Ryan Murphy, with James Taylor adding the extras to lead 20-15.

Back came Garryowen again with Sean Rennison notched a third try for the home side with Collins converting for 22-20.

However, UCC earned the four points on offer when Taylor landed a match-winning penalty late on. Garryowen, playing their four game on successive weekends in all competitions, had to make-do with picking up a losing bonus point.

Meanwhile, Young Munster had to be satisfied with taking just a losing bonus point from their trip to Castle Avenue in a 20-24 defeat, despite producing a strong second half comeback.

Munsters’ trailed 6-7 at half-time, with Shane Airey kicking two first half penalties for the Limerick side.

‘Tarf managed two converted tries in the third quarter to build a gaping 15-point lead, 21-6. However, Munsters’ battled back strongly and tries from Dan Walsh, converted by Alan Tynan, and a penalty try, had the visitors trailing by a single point, 20-21.

However, a late David Joyce penalty sealed victory for the Dubliners. Munsters’ sit in eighth place in the table, just one point ahead of UCC, who occupy the relegation play-off spot.