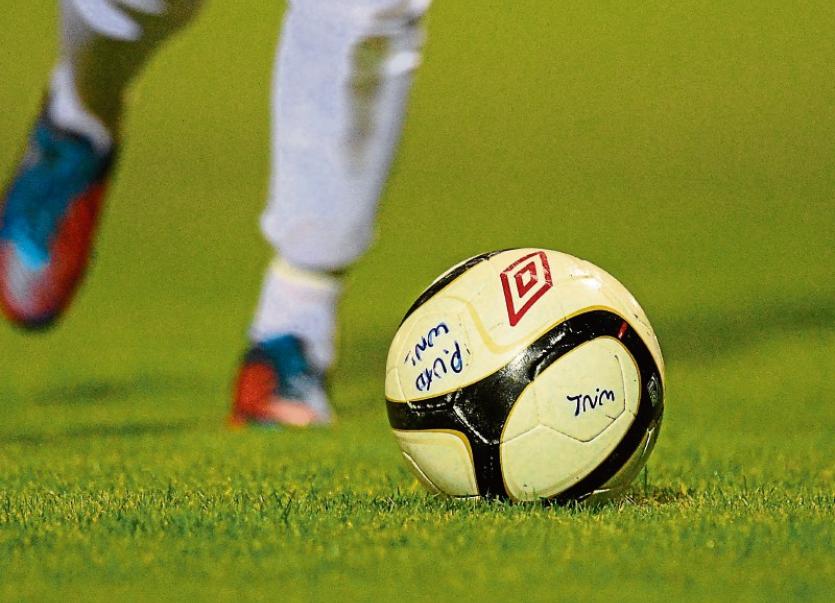 Limerick underage soccer is moving to a calendar year schedule

THE Limerick and District Schoolboy League (LDSL) this week confirmed its schedule for the groundbreaking first calendar year season.

In 2019, the LDSL season will run from February until November meaning that large chunks of the season will overlap with the local under-age GAA season.

Unlike previous years, when the LDSL schoolboy soccer season ran from September through the May, the decision has been made to schedule the 2019 season from February until November in line with a switch made by other schoolboy soccer leagues around the country.

The LDSL say that their new season has been agreed following ‘consultation with the clubs in our league, the LDSL committee and the (GAAs) Bord na nOg’.

However, it is hard not to envisage at least some teething problems where clashes of schoolboy soccer and under-age GAA fixtures occur.

In more rural areas, with small numbers, an under-age GAA team can often include players of three different ages, which makes it more difficult to avoid a clash with a soccer fixture.

In such a scenario, it will be difficult for young players if they have to choose one sport over another in the event of a fixture clash. It will be tough on parents too and also on volunteer coaches fretting over whether they will have enough players to fulfil a fixture.

The LDSL season does include a summer break from mid-July until the end of August, peak holiday time for families.

The LDSL point out that the new schedule for running schoolboy soccer ‘will be reviewed at the end of the season by all the appropriate bodies.’

The switch to a calendar season should improve the quality of the pitches schoolboy soccer is played on and should facilitate lighter, skilful players to develop their talents.

It should also mean fewer postponements of fixtures for weather reasons. Very wet winters in recent years has wreaked havoc on schoolboy soccer fixtures forcing entire weekends of games – bar the small number played on astro pitches – to be wiped out.

It will be very interesting to see how the new calendar schedule works out in practice.