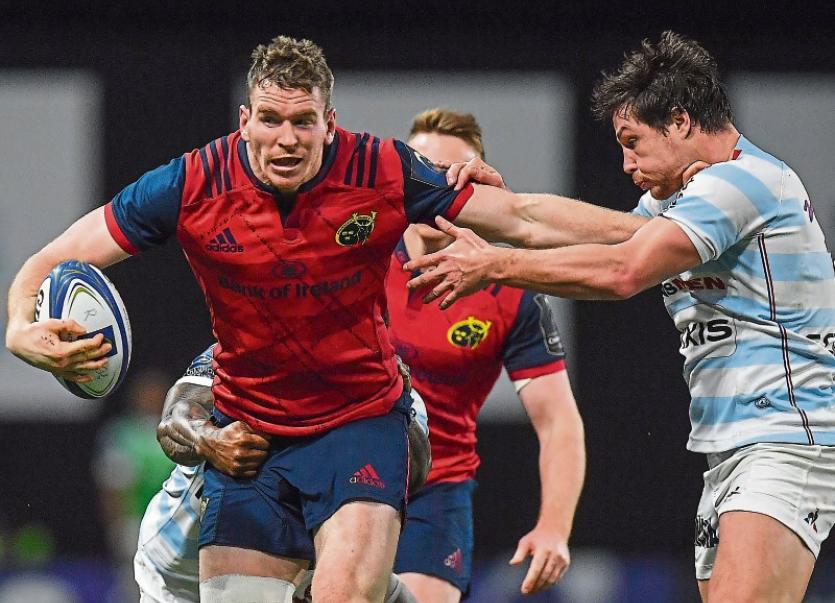 Munster centre, in action here against Racing 92, will reintegrate into team training this week after recovering from a thigh injury

THE Munster squad returned to training at the High Performance Centre at University of Limerick today, December 27, ahead of Saturday’s Guinness PRO14 Interpro derby against Leinster at a sold-out Thomond Park, 5.15pm.

On a contract front, Stephen Fitzgerald linked up with Connacht this week after signing a three-month loan deal with the western province.

Prop Brian Scott underwent surgery last week for a foot injury sustained while playing for his club side Cork Constitution. He will now begin his rehabilitation with the medical department, with an expected return-to-play time frame of 4-6 months.