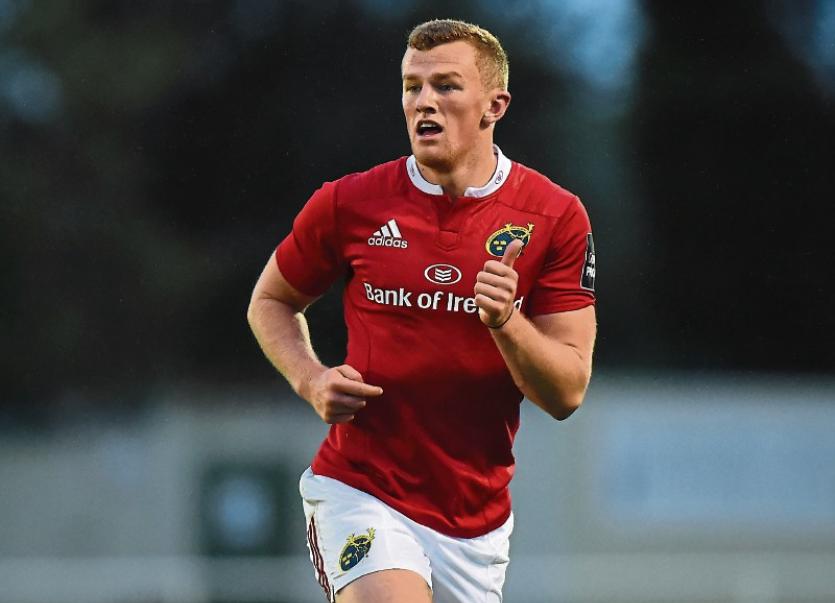 VERSATILE Limerick rugby back Stephen Fitzgerald has left Munster to join up with Connacht on a short-term deal.

Fitzgerald, who has made the switch to Connacht on a three-month loan deal, joins his younger brother Conor at the Sportsground in Galway.

Connacht Academy out half Conor Fitzgerald has made four appearances for the province’s senior side so far this season.

Twenty three-year-old Stephen Fitzgerald made his PRO12 debut for Munster in September 2015 against Ospreys at the Liberty Stadium, scoring his first senior try.

Shannon clubman Fitzgerald featured in the Ireland Men's 7s squad and made five Munster A appearances in the B&I Cup later that season.

Following three years in the Academy programme, the former Ardscoil Ris star graduated to a Senior Development contract in June 2017.

SQUAD UPDATE | We are delighted to announce that Stephen Fitzgerald has joined the squad on a 3 month loan deal from Munster. Stephen is a brother of our Academy out half Conor Fitzgerald who has made four appearances so far this season #WelcomeStephen pic.twitter.com/rPBJrKNnKH

Fitzgerald signed a one-year extension to his development contract in February 2018 and scored a try on his first start of the season away to Cardiff later that month.

The talented finisher has, however, found gametime hard to come by at Munster this season.