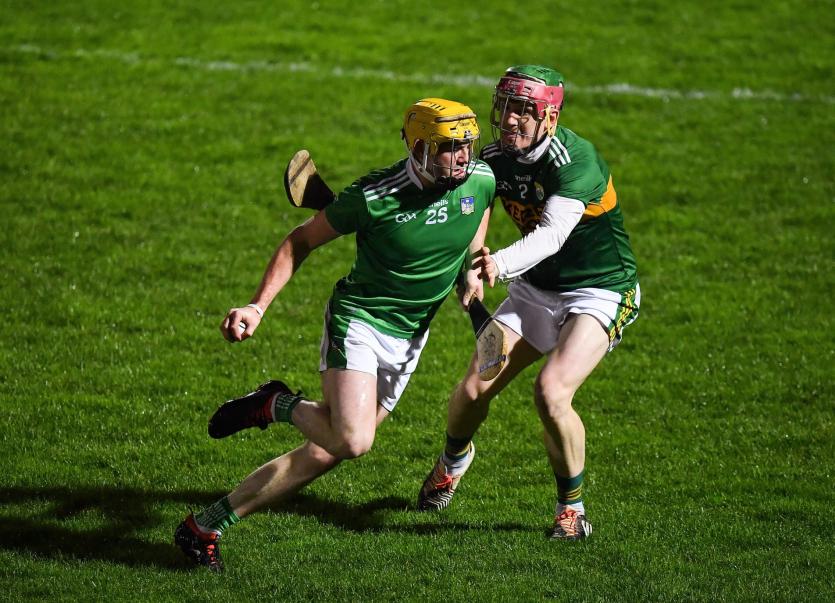 LIMERICK returned to winning ways this Thursday evening with a 4-14 to 0-11 win over Kerry in Tralee.

This was Limerick's second game in six days in the Co-Op Superstores Munster Hurling League.

John Kiely's men turned on the power in the second half to ease to the victory and bounce back from last Friday's loss to Tipperary.

In horrible wet conditions, Limerick started with six of their All-Ireland final day team and in the course of the victory handed debuts to corner backs Aaron Costello and Ronan Connolly.

The two goals came inside the first three minutes.

It took just 18-seconds for the first goal - Seamus Flanagan making a break forward from the throw-in and passing to David Reidy to crash to the net.

Just over two minutes later, the sliothat was back in the net - this time Oisin O'Reilly finding the net after a Tom Morrissey break.

A Barry Murphy free followed and the visitors to Austin Stack Park were 2-1 to 0-1 ahead with just over five minutes played.

Limerick were to score just three more points in the next 30-minutes before half time - Kerry scoring 0-5.

After a 12-minute barren spell for the All-Ireland champions, a fine Tom Morrissey point from the left sideline, had it 2-2 to 0-4 at the mid-point of the half.

A Colin Ryan free and a neat finish from Murphy followed to move Limerick 2-4 to 0-4 ahead with 23-minutes played.

That was it from Limerick for the first half with Shane Conway points reducing the half time deficit to four points.

It was a half where the side evenly shared 10 wides.

Limerick had a goal after 18-seconds in the first half and went even better in the second half with Graeme Mulcahy with a quick-fire goal.

Murphy and Gearoid Hegarty added points and the lead was out to eight points within three minutes of the restart.

Diarmaid Byrnes became the eighth Limerick scorer and the advantage was out to 12-points with 20-minutes left - 3-10 to 0-7.

Like the first half, Limerick had a 12-minute spell without a score until Colin Ryan added a point from play to his first half free.

Hegarty added his second point and then one from a lineball as the final whistle approached.

In the final minute Barry Murphy added a fourth goal.