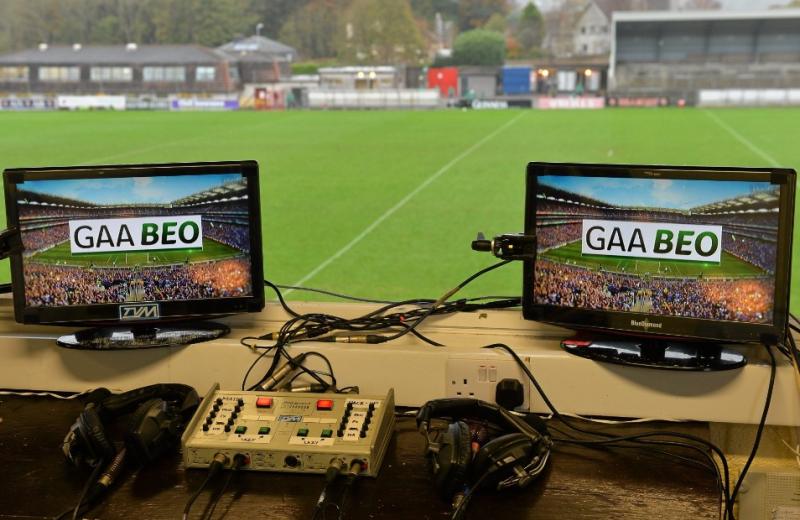 THERE are two hurling games of interest live on TG4 this Sunday, November 18.

First up at 2pm, is the Munster club SHC Final - Na Piarsaigh v Ballygunner, live from Semple Stadium in Thurles.

Then at 6.50, it's Limerick v Wexford in the Fenway Hurling Classic, live from Fenway Park in Boston.

If Limerick beat Wexford they would advance to the final of the Fenway Classic - against Clare or Cork at 8.10 - again live on TG4.

Na Piarsaigh bid to win a record fifth Munster club title on Sunday. The Caherdavin men play Waterford champions Ballygunner in the final in repeats of the 2015 and 2017 finals.

The Limerick city side and their Waterford counterparts have meet on three previous occasions over the last eight years with the Shannonsiders victorious on each occasion.

Extending Na Piarsaigh’s unbeaten run in this championship to 13 games would see the men in light blue join with Blackrock on five titles, aloft the roll of honour. The Cork city side won their five from 1971-79 - meaning Na Piarsaigh have the chance to beat The Rockies onto five tiles by a year.

Across the Atlantic, Limerick v Wexford in the second semi final in the Fenway Classic - following Clare v Cork, which is live on TG4 at 5.45.

The clash of John Kiely's Limerick and Davy Fitzgerald's Wexford will see Limerick play abroad for the first time since 1974 when Limerick played the Carrolls All Stars in San Francisco.

All-Ireland champions Limerick will be without their six strong Na Piarsaigh contingent, along with some injured stars like Darragh O'Donovan, Paul Browne, Richie McCarthy and Tom Condon.

The four teams will compete for the Players Champions Cup in a Super 11’s format tournament with each semi-final lasting 40 minutes with the winners proceeding to the final on the same day.

The event will begin at 12.30pm ET and it will feature a traditional Irish festival complete with food, music and entertainment.

All three games will be broadcast live on TG4, GAAGO, and NESN in the United States.

Over 30,000 attended the event in 2017 and tickets are now on sale at www.redsox.com/hurling