Mixed day for Limerick sides in the All-Ireland League 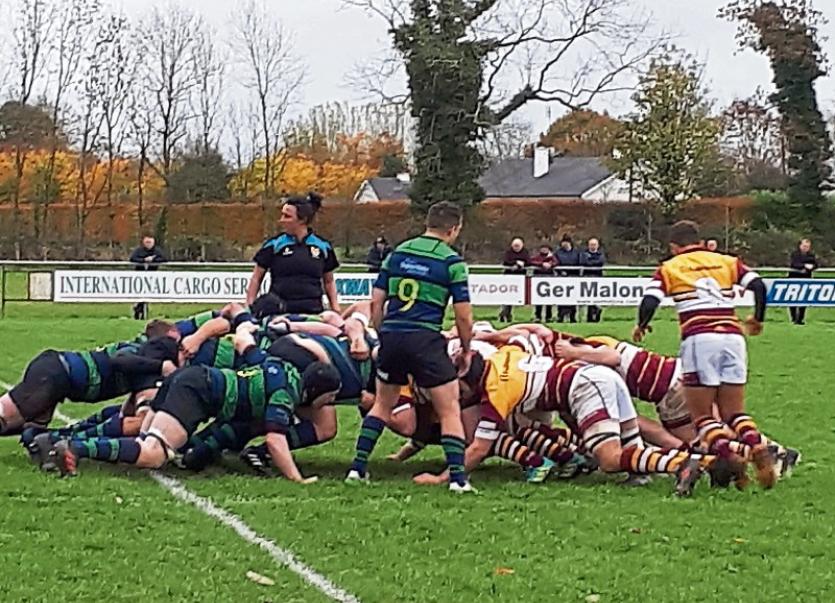 In Division 1A, promoted Shannon got back to winning ways when easing past UCC 31-20 on the back pitch at Thomond Park.

Also in 1A, Garryowen suffered a heavy 27-3 defeat at the hands of Cork Con in Temple Hill, while Young Munster succumbed 12-23 at home to Lansdowne at Clifford Park.

Meanwhile, in Division 2A, UL-Bohemian were on the receiving end of a heavy 32-7 beating at the hands of Navan, while promoted Old Crescent are finding the going tough in the division, with the Rosbrien side suffering a 14-61 thumping at home to Highfield.

In Division 2C, rejuvenated Bruff made it four wins on the bounce when easing past Seapoint at Kilballyowen Park, while Thomond went down 20-35 away to Ballina.

In the top flight Tom Hayes’ Shannon are up to a lofty third place in the table following their 31-20 win over the Cork students.

Shannon laid the foundation for their third win of the campaign in the opening half after which the Parish side led 21-8.

Young Munster’s third defeat in five 1A fixtures this season has season the Greenfields side slip to seventh place in the table.

Munsters’, who trailed 0-10 at half-time, had a converted try from Conor Hayes, while flying winger Darragh O’Neill also touched down.

The home side were pressing hard for a lead score deep inside the Lansdowne ‘22 at 12-16 when Lansdowne struck for a length-of-the-field intercept try to swing the game decisively in the visitors’ favour.

It was also a disappointing day for Garryowen, who have fallen to eighth place in the table, also with their third defeat in five games.

The Light Blues, who trailed 3-13 at half-time, had a single penalty goal to show for their efforts from the boot of centre Peader Collins.

In 2A, UL-Bohemian are fifth in the table, trailed leaders Navan 0-3 at half-time. However, the Co Meath side, who are five wins from five to date, pulled clear in the second half. outscoring their visitors 29-7 after the break.

Next up for UL-Bohs is a home date with fourth-placed Queen’s University at UL next Saturday.

Also in 2A, Old Crescent have dropped to second-from-bottom in the table after suffering their fourth defeat in five league games.

The writing was on the wall for Crescent at half-time as the home side trail 0-33 against Highfield after shipping five tries in the opening 40 minutes.

Crescent did manage a 55th minute try from Ciaran Cusack, which Ronan McKenna converted, while the home side also dotted down through Cathal Monaghan on 75 minutes with McKenna again converting.

Crescent are on the road to Galwegians next weekend.

Meanwhile, in Division 2C, improving Bruff made it four wins from five when seeing off Seapoint by 15 points at Kilballyowen Park.

The South Limerick side deservedly led 13-5 at half-time with a try from hooker and captain John Cleary off a well executed maul and one from their New Zealand flanker Taylor Jones. Full-back Kevin McManus also added a first half penalty.

While Jones, who is also involved in the Bruff backroom team this season, sealed the win with a second try on the hour mark, the bonus point frustratingly eluded the home side.

Thomond sit second-from-bottom in 2C after their defeat to Ballina in Co Mayo.

Thomond have lost four of their five opening league fixtures.

The Fitzgerald Park side, who trailed 6-14 at half-time, had a try, two penalties and two conversions from the hugely influential Evan Cusack, while Richie Ryan also struck for a try.

Thomond host Midleton at Fitzgerald Park on Saturday next.