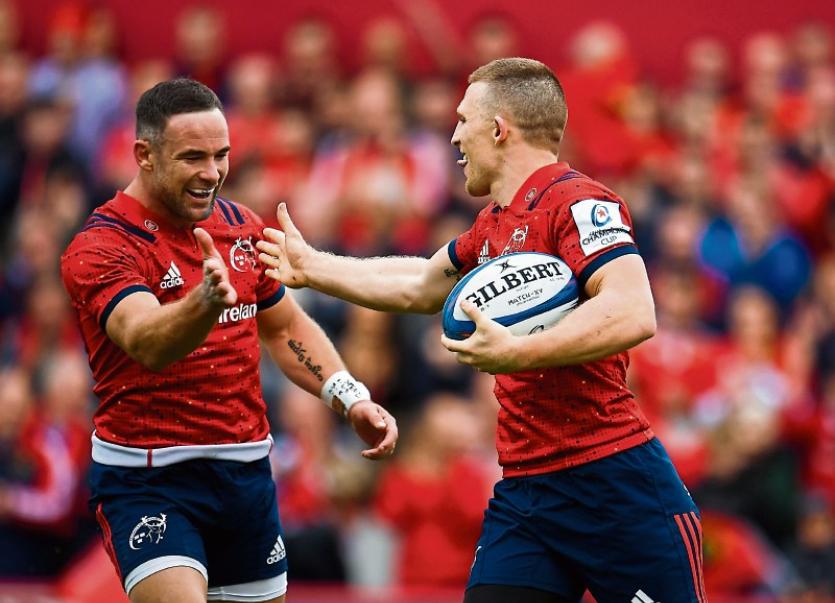 Munster scored five tries in all to claim a maximum five-point haul before an official attendance of 23,068.

The complexion of the game changed in the 29th minute with the red-carding of Gloucester’s England international out-half Danny Cipriani.

However, the major talking point from the game was Cipriani's dismissed for a shoulder barge into Munster centre Rory Scannell's head on the half hour mark.

Munster run in try number four and it's beautiful!

What an off-load from Joey Carbery pic.twitter.com/Af8l7TWQvZ

Danny Cipriani has been sent off

He knew straight away he was going to be shown red for this tackle.

He apologised on his way off but his week has gone from bad to worse... pic.twitter.com/XGga2MHz2P