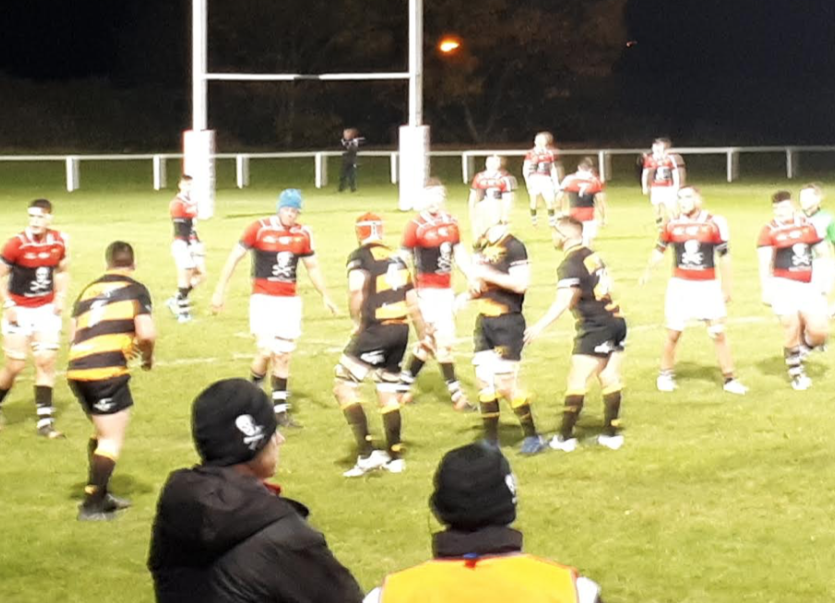 Young Munster secured a vital 23-17 win over Cork's UCC at Tom Clifford Park this evening. The Division 1A All Ireland League tie was a great game to watch in front of a large home crowd.

Tries from Colm Skehan, Dan Walsh and Evan O'Gorman for the home side and eight points from the boot of Clayton Stewart were enough to outscore a brave 'college' side who owned the ball for large periods of the game.

The visitors started the brighter and lead 5-0 thanks to a well taken John Poland try. The former Munster scrum half crossed for this side's opening score from two metres out following some excellent carries by the second row partnership of Mark Bissessar, and Darragh Moloney.

Things were to get better for the away side when Murray Linn crossed for their second try of the opening period, making it 10-3 after just 20 minutes.

The last 20 minutes of the first half belonged to Young Munster however. Colm Skehan made it 10-8 with a well taken score following multiple phases from the 'Cookie' forwards on the UCC line. (Stewart addled the extras to make it 10-10)

With the clock in the red for half time Dan Walsh was on hand to score Young Munsters' second try as the Cork native was on the back of a well worked maul which galloped over the line, much to the delighted of the home supporters.

The second period began much like the first ended. The hosts proved more clinical than their opponents and when Derek Corcoran made a break for Gearoid Prendergast's side, his forwards were quick to recycle allowing Munster academy member Evan O'Gorman to bulldoze his way over the line to make it 20-10.

More pressure from Young Munsters saw them win another penalty from the subsequent restart. Once more the home side went through the phases, before referee Nigel Correll awarded a kickable shot at goal, which Clayton Stewart dutifully obliged with. (23-10)

That score came after 50 minutes and it was to the Munsters' last. The students from Cork rallied and their pressure on the home line saw Conor Bartley sin-binned for what could easily have been a penalty try. The skull and cross bones did get over for a try as Peter Sylvester slalomed his way through the black and amber defenders to make it 23-15, before Taylor converted to set up and interesting finale at 23-17.

With the game now in the balance, Shane Airey was sin-binned for a high tackle on former Young Munster star Cian Bohane. However UCC could not make the man advantage tell and the experience of the home side closed the game out with some ball retention and wound down the clock to secure a vital home win.

Young Munster are now 2-1 from their opening three games of the season, while UCC are 0-3, even though they play some of the most eye catching rugby in the league.