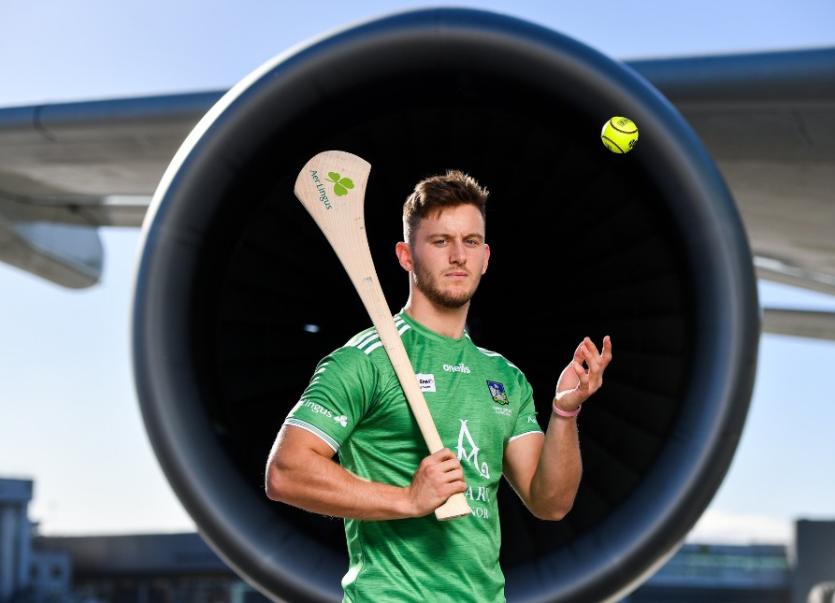 Tom Morrissey at the jersey launch in Aer Lingus, Dublin

A specially commissioned Limerick hurling jersey has been revealed for the Fenway Hurling Classic which takes place at Fenway Park in Boston on November 18.

The O’Neill’s jersey was revealed this Thursday at a media event at the Aer Lingus Hangar 6 at Dublin Airport.

The customised playing kit will only be used for the Fenway Hurling Classic, which is being staged in partnership with the GAA and GPA - Aer Lingus are the Official Airline of the event.

The specially commissioned jersey, which won't be on public sale, has several unique design features which make it stand-out from the regular playing kit - Aer Lingus logo featuring on the jersey sleeve, GAA/GPA crest on front of jersey at opposite side to county crest and ‘Fenway Hurling Classic 2018’ embroidered text under county crest.

However, another notable change to the Limerick jersey is the Adare Manor logo on the front.

Separate from the Fenway jersey, Limerick GAA are due to release a new regular jersey for the 2019 season ahead of Christmas. 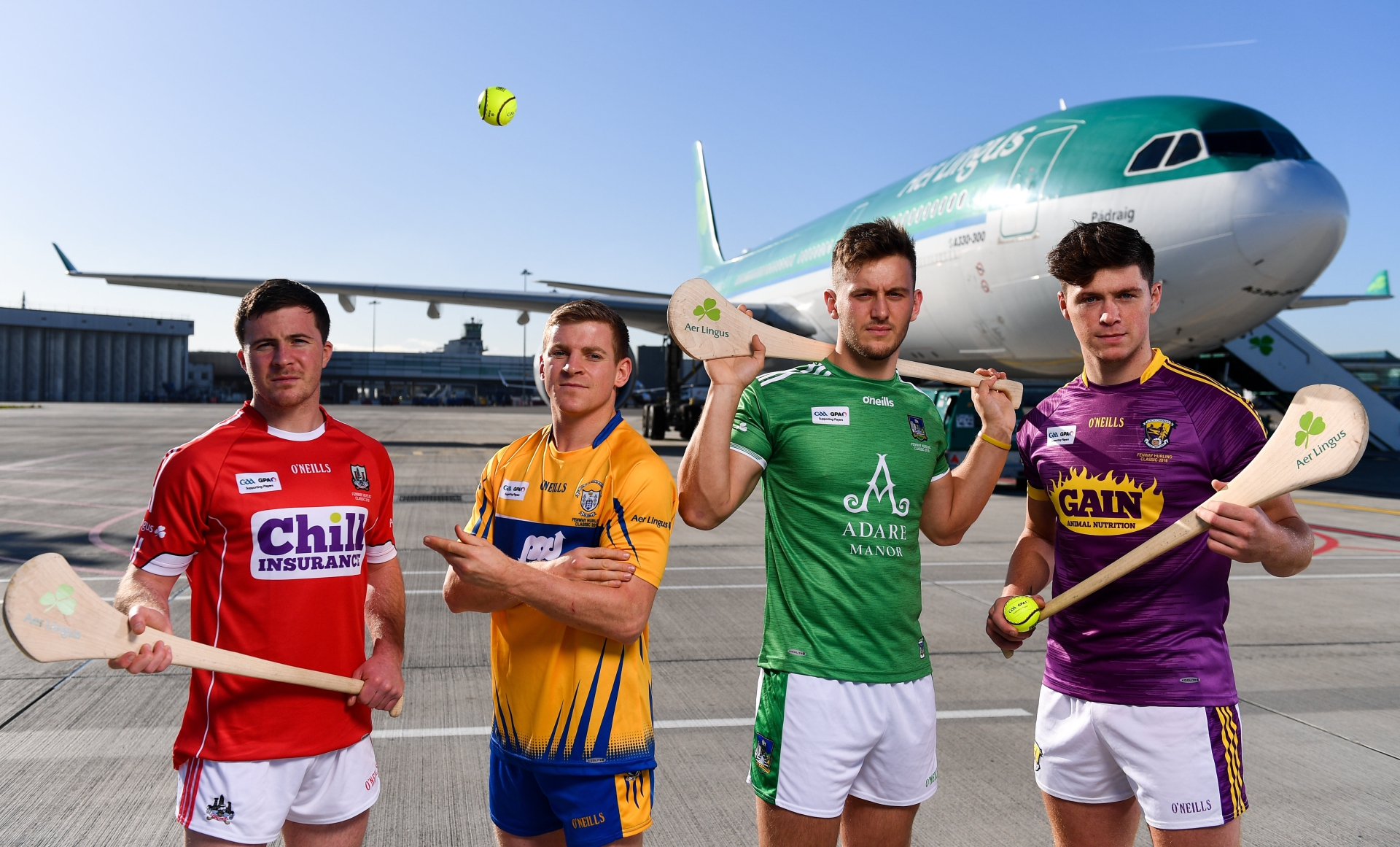 Tom Morrissey joined Clare’s Podge Collins, Cork’s Daniel Kearney, and Wexford’s Conor McDonald as the first players from their respective counties to have the opportunity to road test the jerseys at today’s launch.

The launch was also attended by Aer Lingus Director of Communications Ruth Ranson.

“It was great to get a first look at the jerseys today and we’re delighted to see the Aer Lingus logo featured on the sleeve," said Ranson.

“Aer Lingus’ mission as the leading value carrier across the Atlantic is rooted on continuing to grow our longhaul network, having recently announced two new route announcements, Dublin Montreal and Dublin Minneapolis-St Paul beginning summer 2019. Now serving 15 North American destinations creating a strong brand presence on that market is a key focus for the airline. Our support of the Fenway Hurling Classic gives Aer Lingus the unique opportunity to standout in one of our most prominent US cities. Boston is a hugely popular destination for us on both sides of the pond and we look forward to welcoming the four squads on board in November," he said.

GPA CEO Paul Flynn said: “Super 11s Hurling has been an opportunity for trying new innovations on and off the pitch since 2013. By its nature Super 11s is innovative but there have also been a series of other experiments and changes.  These unique jerseys are another sign of the willingness of both the GAA and GPA to work together to advance our games".

“We’d like to thank Aer Lingus, who we are delighted to have as the Official Airline of the event, for all their support and for enabling us showcase the art of hurling to a wider audience as well as providing a conduit to strengthen our business, sporting and cultural ties with the city of Boston and Ireland-US relations in general. A final mention to our players, who continue to be great ambassadors for our games both here and internationally and who are no doubt relishing the opportunity to display their skills in one of the most iconic sports stadiums in the world," said Flynn.

Limerick will play Wexford in the Fenway semi final, with Clare facing Cork in the other semi final. The final will take place immediately after the semi finals - all three games will be broadcast on TG4 and GAAGO. Last year over 30,000 attended the vent - tickets are on sale now on www.redsox.com/hurling